Considering the quality of your life as a resident in the United States is of utmost importance whether you are currently residing or planning to relocate there. And some of the leading factors that influence the quality of life you live include career opportunities, health care, access to quality of education, crime rate, daily commute, and the total well-being of people living in the area.

Data provided by the U.S News reveals America’s 150 most populous metro cities. This data helps to make the most informed decision of the best places to live in the US, being sourced from a variety of sectors to determine the quality of life of people U.S residents. The sources include the U.S. Department of Labor, the U.S. Census Bureau, the FBI, and the internal resources of such areas.

This data was further categorized for gauging conditions like desirability, job market strength, house affordability, and quality of life. Boulder, Colorado tops in the ranking. Outdoor lovers will find the environs of this city very appealing. Other top-notch features of the city include health and wellness, housing affordability among others.

So, if you are considering the best places to live in the United States, the list below will guide you.

Boulder, Colorado has ranked as one of the best places to live in the United States for a variety of reasons. The city has a very appealing vicinity with affordable housing, top-level quality of living, local job market, and its proximity to skiing and hiking trails rates it as one of the most delightful areas for active families.

The city has been named the United States’ fittest city multiple times, including ranking top in Forbes magazine’s “The Top 10 Fittest Cities in the U.S.” According to the 2020 U.S Census, it had a population of 108,250. 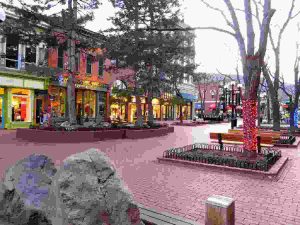 Raleigh, Durham is famous for its research and technology. The cities boast of high quality of life and a strong employment rate. The areas are encompassed by family-friendly museums, music festivals, a music scene distinct with monthly gallery walks, beautiful green spaces, and growing art that constantly attracts new residents daily.

The metro population of the area is 1,959,006. The average annual salary is $56,887.792, the sale price of the middle home is $329,709, and the median cost of rent per month is $1,087.408. The rate of unemployment is placed at 6.4%. Living in this city means that you’ll have access to cultural facilities such as the Contemporary Art Museum Raleigh, Durham Performing Arts Center, the North Carolina Symphony, and the North Carolina Museum of Art. 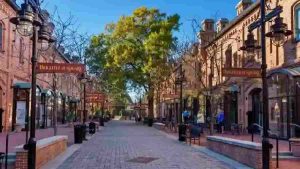 Huntsville has continually been in the top spot. One of the major reasons is the robust jump market despite the high rate of issues surrounding unemployment in the U.S. This place is the most affordable among the United States’ most populous metro areas. 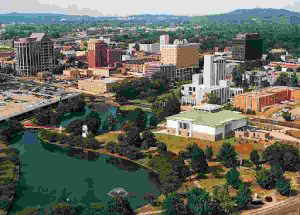 Fayetteville is one of Arkansas’ fastest-growing metro areas and has consistently ranked high on the list of the best places to live in the U.S. The population in this area is 514,259 and the average salary per year is $47,600. The cost of living in Fayetteville is relatively low when compared with strong population growth as a result of net migration and household income. It boasts of a steady job market and a median home price of $203,150. 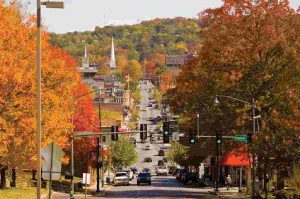 Austin stood at the No one spot for three years straight – 2017, 2018, and 2019, but eventually fell a bit. However, this doesn’t mean that the city is doing badly in any way. People seeking to move to new areas for a better life can move here. 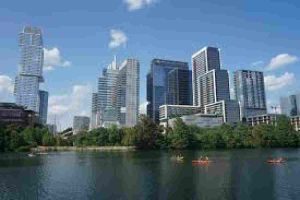 This metro area has enjoyed a strong job market and steady population growth as a result of its net migration. It is one of the U.S most desirable areas, sharing top spots with popular cities such as San Francisco, Honolulu, and Los Angeles. Colorado Springs has a population of 723,498 and the average annual salary is placed at $52,360. The median home price is $455,371.

This metro area has continued to rank high in the list of best U.S. places to live; however, the cost of living is gradually going up too. 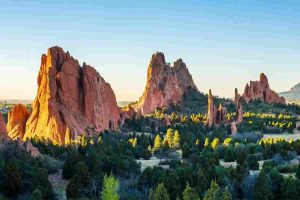 Naples is situated at the Southern area of Florida’s Gulf Coast and is also among the best cities you can live in in the United States. The population of the metro area stands at 371,453, average annual salary is $47,980, and the price of a middle home is $345,000.

Naples is currently attracting lots of migrants, though not as Tampa or Miami. And according to US News, this metro area is the fourth-fastest in terms of population growth in their ranking. 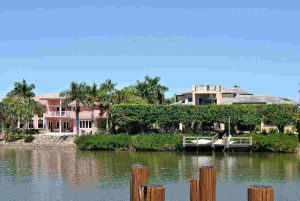 Portland, for some time now, has experienced a big jump as a result of its increasing quality of life. The metro area is the most populous in Maine. It has a growing reputation as one of the best towns in the United States with a steady job market and easy access to health care. The population figure in this area is 532,075, and the average annual salary is $52,820. The crime rate is considerably low and its median home price is $310,300. 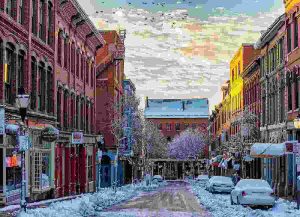 Being ranked higher is not new to Sarasota. In 2021, it is placed on the 9th position according to the report from U.S News. Behind Myrtle Beach, South Carolina, this metro area is the second-fastest growing metro area with a population of 11.22% as a result of net migration reported by the U.S Census Bureau. The population in this area is 803,709, average yearly salary is $46,040, and the median home price is $277,754. 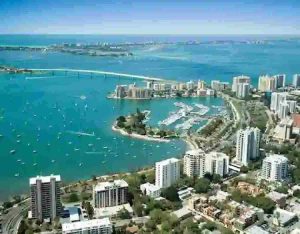 Portland is one of U.S residents’ most desirable places to live. It has a strong job market and records a steady population growth as a result of net migration in about half a decade. It has a population of 2,445,761, an average annual salary of $58,240, and median home price is $515,360. Portland is a well-rounded metro area with a distance of about an hour or two to the Pacific Ocean. 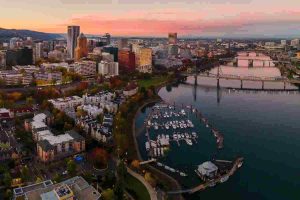 Boise is a paradise for recreationists. Among its most attractive qualities, its affordability is enviable. The cost of housing is low with median home price placed at $221,475.Tax rates, car insurance, and energy bills are remarkably low for residents of the Idaho capital. The population of this metro area is 710,743, and the average annual salary is $47,170. 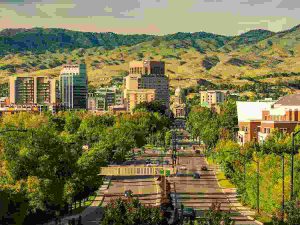 Ann Arbor is widely known as the place where the University of Michigan is situated. It has a metro population of 367,000, and residents have access to quality health care with some of the best hospitals in place. In terms of college readiness by their school students, Ann Arbor ranks third behind San Jose and Boulder.

The metro area’s four distinct seasons provide unique recreational and entertainment options. A median home price is $270,567, while the average annual salary is $56,370. 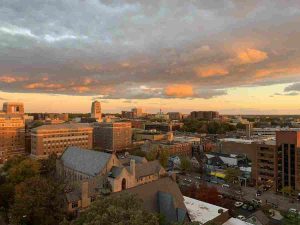 Des Moines has a population of 680,439. Residents are provided access to quality health care and a low cost of living among other benefits. There are also areas such as the Civic Center and the Wells Fargo Arena that host different performing arts. Metro’s median home price is $273,134, median monthly rent is $904, the average annual salary is $52,890, and the unemployment rate is considerably low at 5.5%. 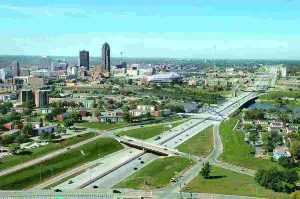 Denver was previously ranked No. 2 but has now fallen. One of the major causes of this is the recent pandemic that dealt a huge blow to its economy. However, it remains one of the most desired places to live. 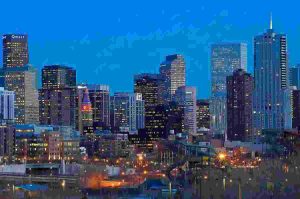 Despite a few drops from the table, San Francisco still ranks high in terms of quality of life, access to good jobs, cost of living, and desirability among others. 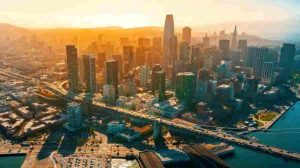 Madison has one of the lowest rates of unemployment, at just 4.97%. It has a metro population of 653,725 and an average annual salary of $54,300 that is slightly above the national average.

Median home price in the metro area is $348,940 and median rent per month is $1,046. Food and art scenes in this metro area are such that fascinates visitors and newcomers. 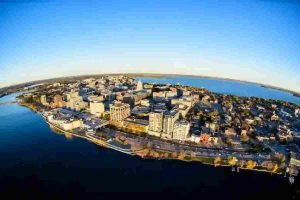 Fort Collins is one of the smallest metro areas that is experiencing speedy growth in different aspects. It has a strong job market with a population of 344,786. The metro area is situated about 30 miles south of the Colorado-Wyoming state line. The unemployment rate there is 6.3%, median monthly home rent is $1,297 and the median price of home is $462,481. 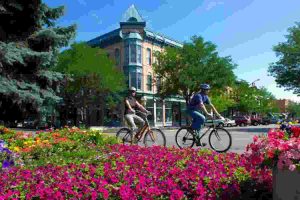 Melbourne currently has a metro population of 585,507. It has experienced a significant improvement from the 2020 ranking which was 28th, and has grown 10 spots. This growth is largely as a result of a job market that sustained itself during the pandemic and exceeded that of many other metro areas. The rapid growth in population too was impactful to its economical growth. Median home price is $217,440 and median monthly rent is $1,067. 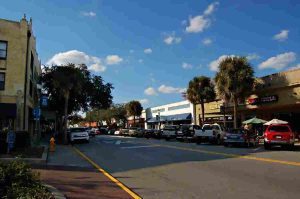 Seattle’s ranking is largely connected to its strong job market. While it was affected as a result of the pandemic, it is still ranked at No. 6 among the most populous metro areas in the United States. Its individual average is the 5th highest in the U.S News list. Metro population is 3,871,323, average annual salary is $68,460, unemployment rate is 8.1%, median monthly rent is $1,492, and median home price is $675,237. 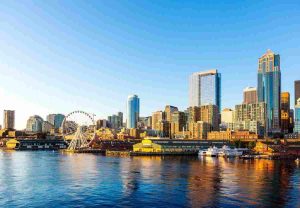 According to the United States’ Census Bureau, between 2015 and 2019, the metro area experienced a growth of 5.9%. Despite the drop in rank, this area is currently highly desired by US residents as a place of interest to live. 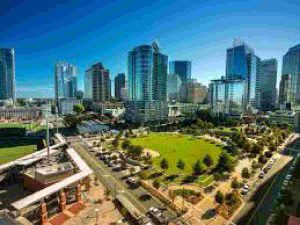 Green Bay is located in the north area of Milwaukee. It is popular as the home of the Packers NFL team and has a population of 319,401. It is highly rated among metro areas as regards low cost of living. In fact, people living in this area do not expend beyond 19.83% of their median household income on house rent and other extra costs which include utilities and taxes. Average annual salary is $47,400, median monthly rent is $784, and unemployment rate is 6%. 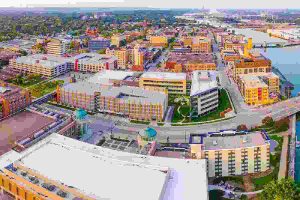 Jacksonville has a population of 1,503,574. It is seeing speedy growth as people are increasingly interested in living there. The rate of unemployment in this metro area is 6.3%, average rent per month is $1,093, and
The median price of a home is $303,788. 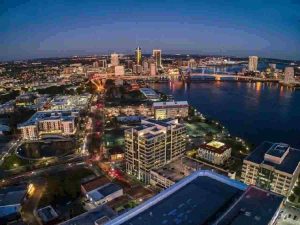 One distinct feature of Salt Lake City is Its housing affordability. It has a strong job market, a considerably low unemployment rate of 4.5%. And despite the challenges posed by the pandemic, salaries have continued to rise with an average annual salary currently $50,103. Median monthly rent is $1,063.81 and median home price is $458,230. 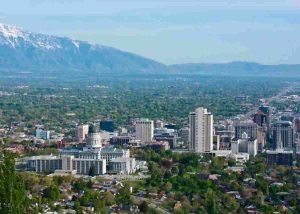 Spartanburg has a reputation for its rich past and beautiful scenery. It is situated in the northwestern part of South Carolina and the metro population is 307,617. Residents of this area spend about 20.63% of their median household income on the cost of housing. The median monthly rent is $794, while median home price is $156,300. Unemployment rate is 6.7%. 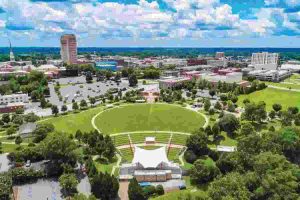 Omaha also boasts of a low rate of unemployment of 4.8%. It was ranked in the 40th position in 2020 and has grown as a result of its strong job market and steady low cost of living despite the pandemic. It is home to museums like Joslyn Art Museum and also Holland Performing Arts. It has a very impressive culture and art scene. And the average yearly salary of residents is $5the 0,550, median monthly rent is $927, while the median home price in the metro area is $303.980. 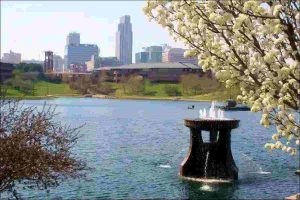