Nigeria is blessed with several polytechnics spread all over the 36 states in Nigeria including FCT, but the question we always ask is if there is any best polytechnic around…

To be candid, you will find a lot of substandard polytechnics in Nigeria, therefore it is on applicants to make research on the school they want to graduate from. Making the wrong decision could prove costly later in life, there are some recruiters that will shove some resumes aside because of the profile of the school.

Aside from the job opportunities, you also want to be better than what you were and the kind of post-secondary school you attend has a say on it.

Moreoever, there is this fallacy that all Polytechnics in Nigeria are below the level expected of them, which is not true. Being at a university may not have anything to do with how brilliant a child is – some just had their day and it all went well for them.

Being in the polytechnic does not mean they are not up to standard. I have seen enough to know there are some polytechnics in Nigeria that are capable of withstanding even the best university in Nigeria.

Choosing the best polytechnics in Nigeria will be based on the ranking system of Webometrics. The group is known for its accurate rankings of universities using open data sources. These professionals even go as far as refusing any form of compensations for the inclusion of any post-secondary school. Therefore, you can expect a report void of monetary compensation to be valid.

Auchi Polytechnic is at the top of the chart at the moment and consistently maintained the top 10 for several years. The school started off as a technical school in 1963; 10 years later, it transformed into a full-fledged polytechnic.

Since this turnaround, it has become one of the leading polytechnics in Nigeria. For students who missed out on university education, Auchi Polytechnic is capable of mounting pressure and you will be glad you chose it.

The school is situated in one of the most enthusiastic and cosmopolitan towns in Nigeria, giving you more reasons to choose the school. You are not just going to a school, but a place where fun still matters. The school is in Edo State, Nigeria

The polytechnic also has most of the attractive courses that people are naturally drawn to. However, you will need to be at your best to secure an entry into the school. Graduates of Auchi Polytechnic are not only getting a qualification but skills that could be of valuable help as they journey in life.

Another revelation is Yaba College of Technology, fondly called Yabatech by all. It is a school in a class of its own and sits at the vibrant part of Lagos State.

The school was established in 1947 as an heir apparent to Yaba Higher College, this move then granted Yabatech the right to offer part-time and full-time courses. Yaba College of Technology started with Academic programmes in Management, Arts and Engineering. It now has 9 schools at the moment with ongoing plans to add more.

The college has produced a lot of high profile individuals including oresegun Olumide, Jide Kosoko, Cyprian Ekwensi, Fola Adeola, and former President Olusegun Obasanjo. All these notable alumni of the school are enough to give you an insight into the capability that the school possesses.

Federal Polytechnic Ilaro is another leading polytechnic in Nigeria. The school is in Ogun State and was established in 1979 to provide the Nigeria’s teeming students the chance of post-secondary school education.

The school officially had its first batch of students in the same year but had to run its programme on a temporary site provided by the people living in the ilaro community in Ogun state. The institution used the site for some time until it acquired its permanent site in 1983, the permanent site is located at Ilaro/Oja-Odan Road.

Ilaro poly has won numerous awards, and the most recent one is Rector, Arc. Olusegun Olanrewaju Aluko, PhD. bagging another award for the school as the most outstanding best-performed rector in Nigeria. The award was organized by Northern Achievers International Magazine.

Federal Polytechnic, Ilaro students are known for their resilience when it comes to the pursuit of their education. If you are an applicant, you will be making a great decision by deciding to pursue your education at the Federal Poly, Ilaro.

Federal Polytechnic Bauchi is the 4th best polytechnic and also 94th best higher Institution in Nigeria. The school in the north surely deserves the podium when we look at the management determination in ensuring the students get the best of the pie.

Established in the year 1979 in accordance with the decree of the Federal Republic of Nigeria. The institution remains steadfast in his fight against Indecent dressing, cultism, theft, and crime of any kind. As a matter of fact, you will be doing yourself a whole lot of good if you are opportune to be admitted, it might not be one of the most popular polytechnics, but there is more to the school than meeting the eyes.

The school later had its first batch of students in 1978 at the temporary location in Isolo. Lapotech could only take care of programmes such as Accountancy and Finance, Management and Business Studies, Insurance, Secretarial Studies and Basic Studies until it merged with the School of Agriculture in Ikorodu.

Related:  Jamb Cut Off Marks For All Tertiary Institutions In Nigeria 2022

The consolidation gave ths school more podium to work on meeting the already set of objectives. In 1988, The school took up the name, “Lagos State Polytechnic” and continued to operate from the permanent site at Ikorodu while Isolo became the extension site.

Laspotech currently has 56 academic programmes after debuting with just 5 programmes, and among the most rated polytechnic in Nigeria. It is a testimony that one does not need to make a big start, just take a step and everything could turn out well.

The Polytechnic Ibadan is by far one of the most popular polytechnics, and currently ranked the 6th best polytechnic in Nigeria.

The Polytechnic, Ibadan, was founded in 1970 as an immediate successor to the Technical College, Ibadan. It started off as more of a technical school due to its background but later warmed up to other programmes. Since its inception, it has equipped students with the skills needed to take charge of applied science, environmental science, commerce, and engineering.

Applicants who are still yet to decide whether the polytechnic should understand that the school has been up there among the best post-secondary school in Nigeria, and we don’t see that changing anytime soon. You will be doing yourself a lot of good by bagging your qualification from the school, you can also use it as a stepping stone for your direct entry into the university.

The idea was conceived by Brigadier Harris Eghagha, a military governor during the military era of General Olusegun Obasanjo but it was the successor, Elected Governor Olabisi Onabanjo at the start of the Second Republic that ensured it was not just an idea but a reality.

The school began academic activities with just 220, a few numbers of staff and 5 senior administrative officers at its temporary locations at Onikolobo and Oke-Egunya in Abeokuta. Mapoly then went on to acquired its permanent site and moved to the site in 1985.

Following the demise of Chief MKO Abiola, the school biggest donor, the institution was then named after him to honour his blessed memory.

It has been a long walk for the school and now have the resources to cater for about 40 programmes in 26 departments The school also provides both part-time and full-time courses.

For more information or inquiries, visit the school website on https://mapoly.edu.ng.

Federal Polytechnic Ede is one of the highly-rated Polytechnics in Nigeria, could be in the top 5 but due to incessant strike during the Goodluck Jonathan’s regime, they were relegated. Normalcy has returned and things are beginning to take shape.

The Federal Polytechnic Ede is a technological post secondary school with wide interest in research, education and training targeted at improving the well being of students and Nigeria as a whole.

Founded in 1992 to provide students with education at the tertiary level via full time and part time courses. In order to make this possible, the founding fathers took the old orientation ground (Formerly called old Baptist Teachers College) of the Corps members. The campground was owned by the Baptist Church, and with the help of Ede Local Government and Osun State Ministry of Education, they were able to procure the space.

Years after, they were able to get another space within the same vicinity which will now become the permanent site for the school.

Fedepe, as it is fondly called by students and the public is one of the best post-secondary schools in Nigeria with a disciplined, informed, and resourceful management that is committed to transforming the lives of its students. An applicant who wants all fun will do well to avoid the school. In other words, not for the lazy!

The story of Petroleum Training Institute Effurun properly got its limelight in 1973 when it earned its approval. It was put in place by the Nigerian Government as a prerequisite for the membership of Organization of Petroleum Exporting Countries (OPEC) in order to establish proper training of the needed workforce to meet the labour force demands of the Petroleum and Allied Industry in Nigeria and the West African sub-region.

The school mission is to Provide Competent Technological Manpower Through Quality Training, Research and Consultancy for the Petroleum and Allied Industries. Those in the Art and business-related field might need to look else.

In its quest to become the leading oil & gas technological institute in africa, expect the institute to adopt professional procedures that are prescribed as being the most effective.

A lot of students just dreamed of going to a top-class technological institute but always have issues with selecting the best one. Making the top 10 along with the rest of the team is evidence of its continued dedication towards the growth and development of technological education in Nigeria.

Meanwhile, do not let the name of the school confuse you, it is just another polytechnic in Enugu State in Nigeria. The Institute of Management Technology, Enugu was established in 1973 and then advanced to become one of the best decisions ever in the history of post secondary education in Nigeria.

There are programmes for everyone, it does not matter if you were a commercial, art or science student. You will find schools as financial studies, management studies, communication art, environmental studies, technology, engineering, art, designs and printing technology, distance learning and continuing education, and general studies. 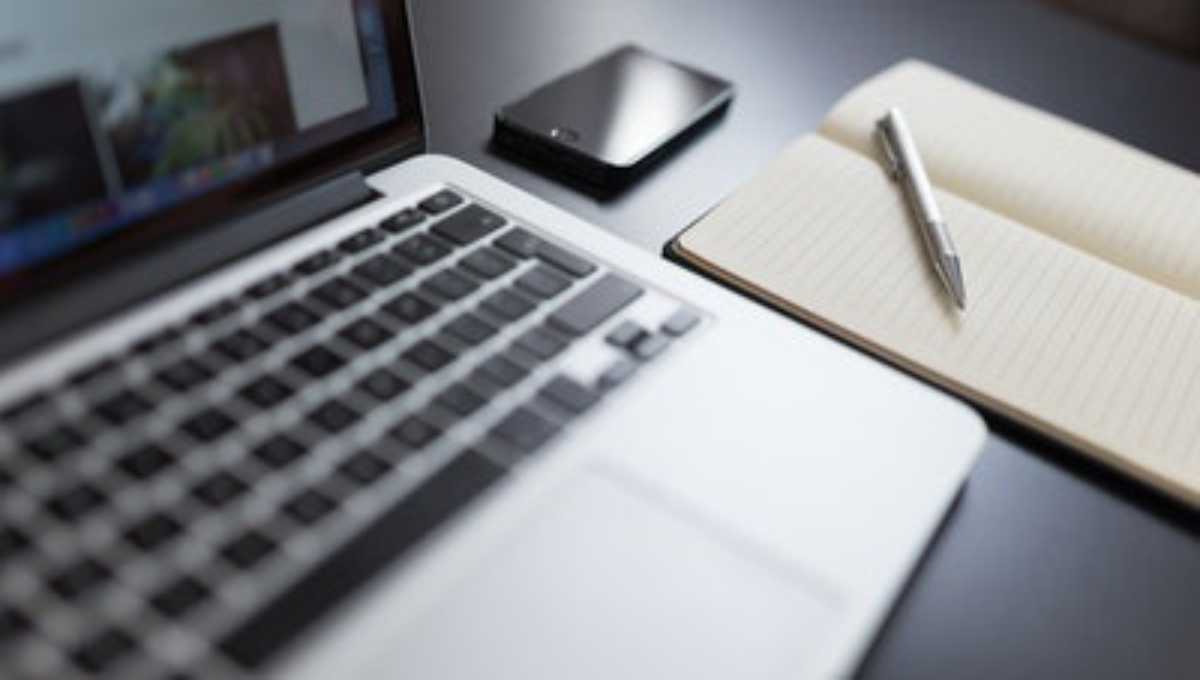 For some time now I have been keeping up this blog. It started with me just posting stuff that popped into my mind. Nothing was niche specific; it was just… 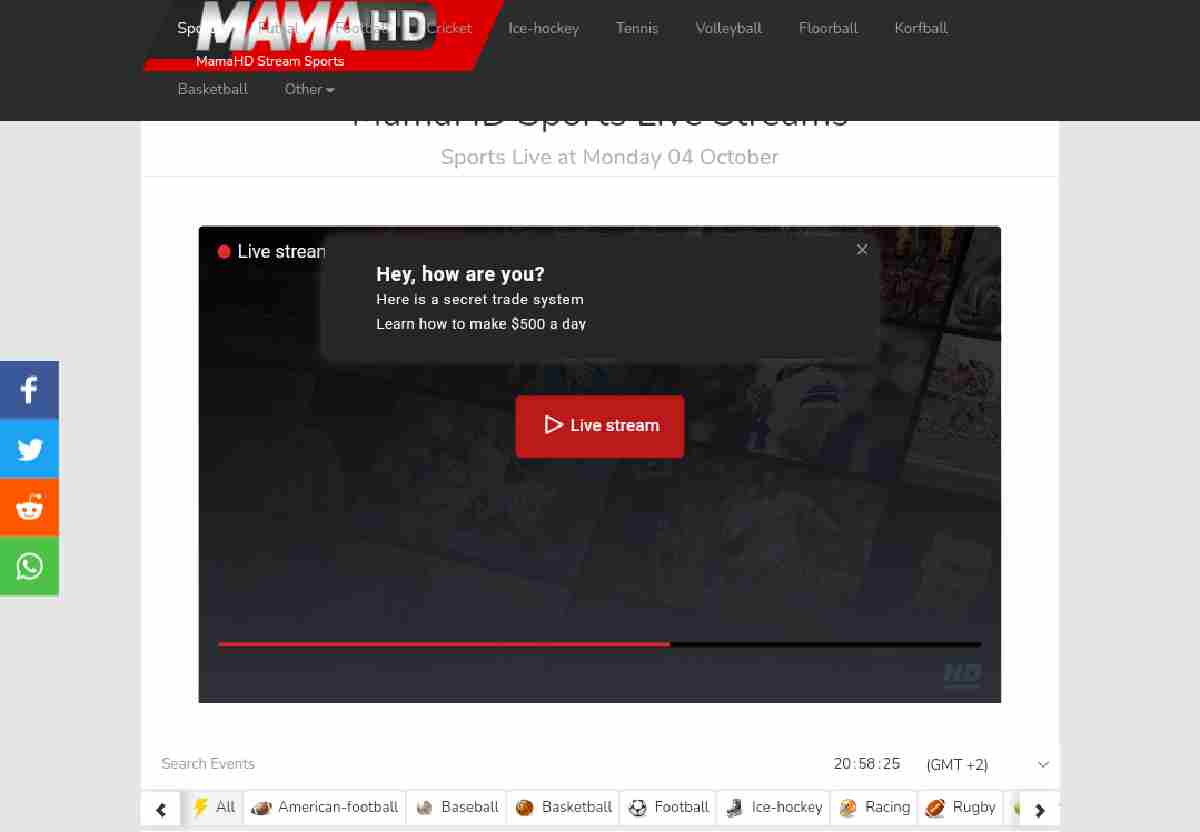 MamaHD: You can watch all live sports at the comfort of your place or office without the need to pay some fees. It is one of the benefits that Mama… 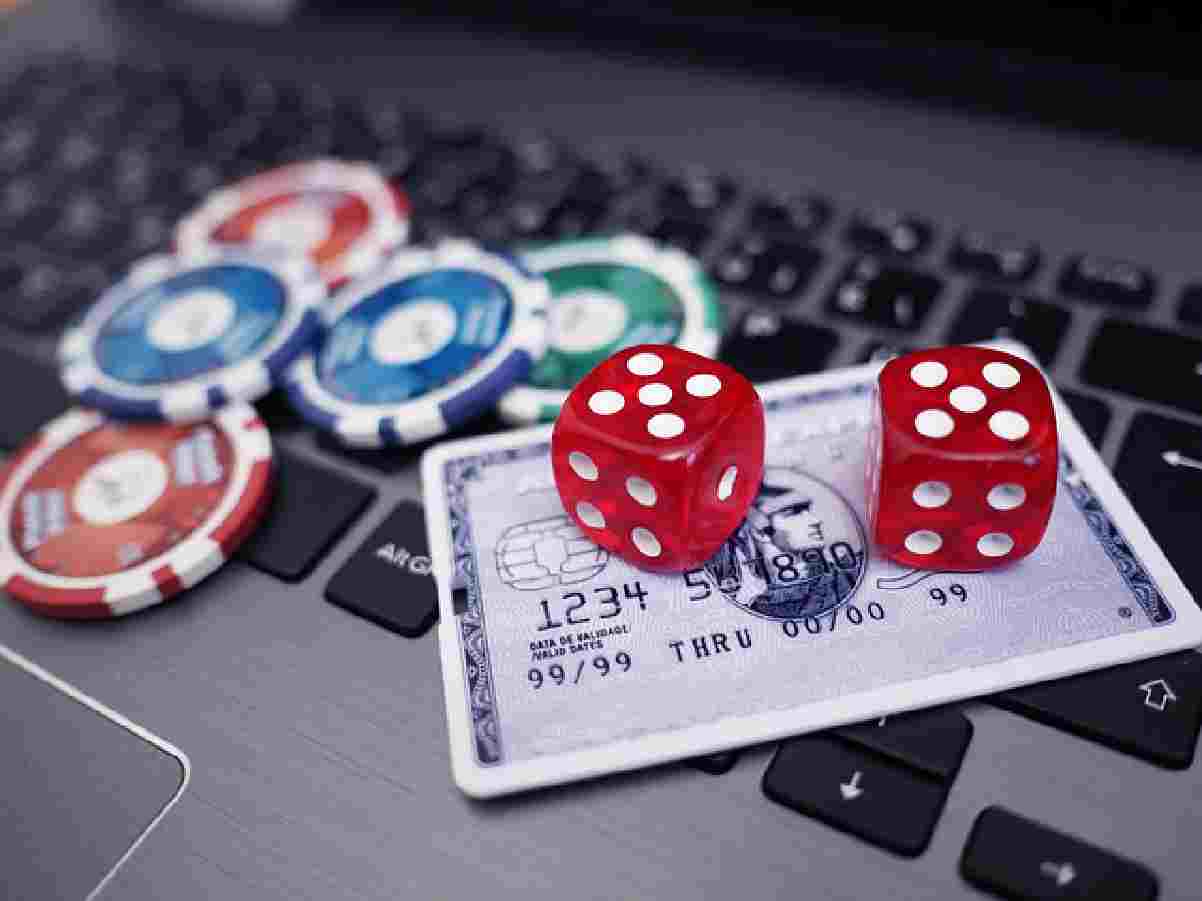 Have you ever wondered about which Online Gambling Companies hold the biggest stage in the world considering how lucrative a betting business is becoming? For bettors, a gambling can be… 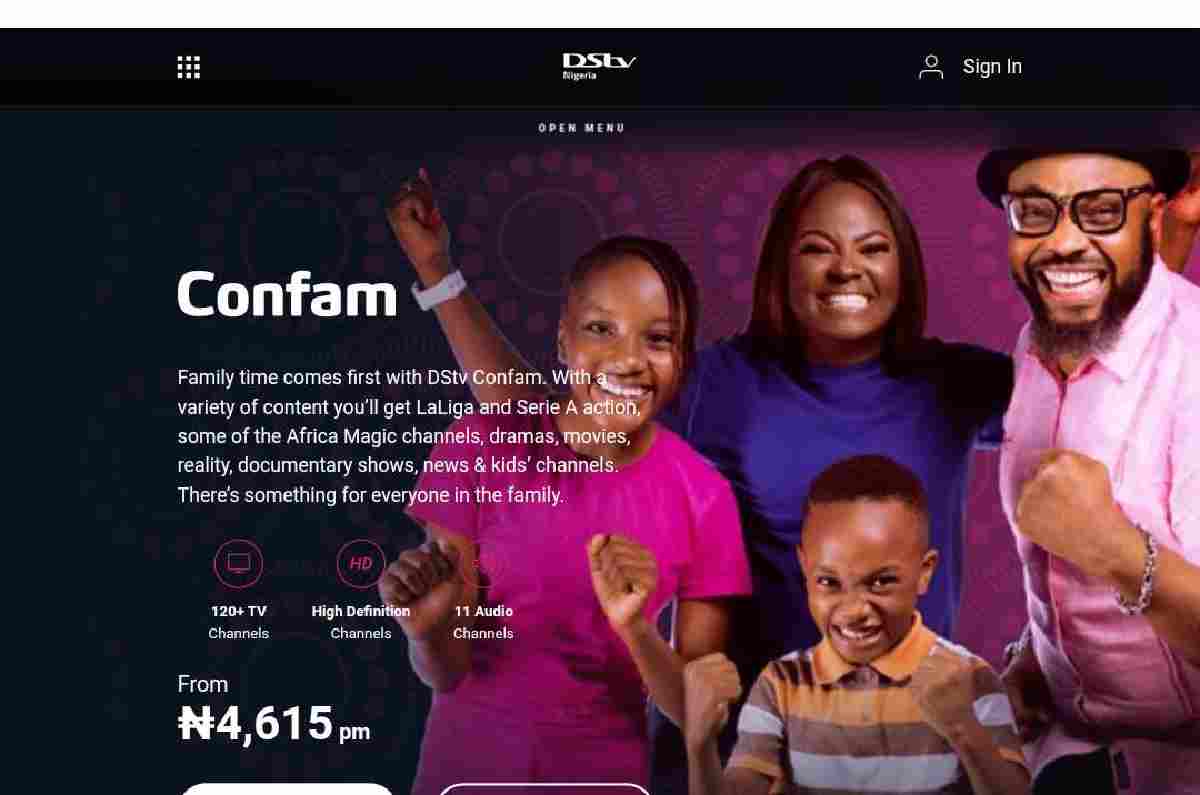 If getting a decent and affordable DStv package is all you want for good family time, DStv Confam could be a great choice. Does not bite your pocket much as… 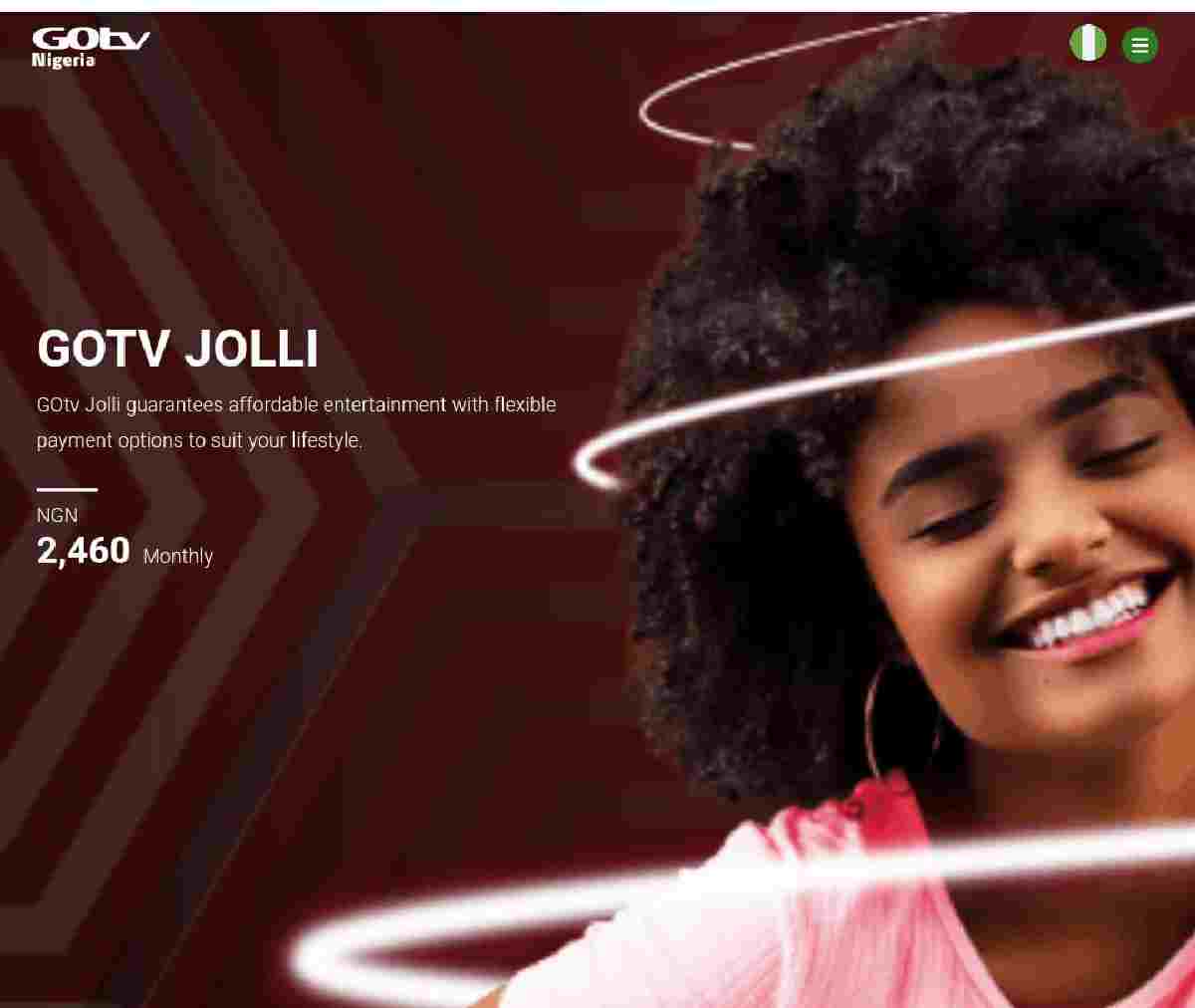 In this guide, we will provide you with the updated list of all channels you can watch on GOtv Jolli Package in Nigeria The Gotv Jolli is one of the…