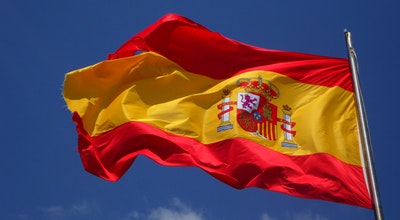 According to a report by Washingtonpost, only 4.85% of the world population speaks Spanish. Even though it is smaller than the English (which has 20%), Spanish is still one of revered and widely spoken languages in the world. So you are definitely on the right track as you want to learn to speak Spanish.

In the world today, you can get anything at your beck-and-call, especially when you have access to the internet and equipped with the right tools. You may not need to enroll for a full-time university or college course to learn Spanish; with your smartphone, it could be android, iPhone or iPad, you can learn any language even up to the expert level.

So in this post, I have carefully discussed the top 10 best Spanish learning apps. Good enough, some of these apps are free and you can have offline access to some of them. I urge you to read along carefully so that you will be able to take a guided decision of which to choose.

Duolingo is an app I can simply translate as a Dual Language app. On it, you can learn different languages including French, German, Chinese, and of course, Spanish amongst many other languages.

Duolingo takes you from the cradle, teaching you common names to parts of speech and sentence formation. With the audio feature, you will be able to hear and also practice the actual pronunciations of words in the language.

From the first stage, you will continue to climb the ladder until you grow to become a pro. On Duolingo also is a platform on which can connect with other learners, maybe the native speakers of your interested language, and learn better.

Duolingo is free although there is a premium version of it. But if you cannot afford the premium package, the free version can give you most of what you need.

One of the best apps you can use to learn Spanish is the FluentU app. With this app, you will be able to get a first-hand experience of how Spanish is spoken. With an approach, they term the natural learning approach FluentU can introduce you into the culture of the Spanish language.

This app takes real-life movies, TV shows, music videos, commercials, news, and inspiring talks and transforms them into a learning experience. So you can select from the different categories available and learn how to use words in that area.

I can recommend this app for you when you are a visual learner. But if you want to learn from scratch, from the alphabets, I guess you should look out for other options.

Rosetta Stone is one of the most popular language-learning app and also the oldest in the market today. I would say their experience over the years has prompted them to develop one of the best apps you can learn Spanish with.

Unlike most apps, Rosetta Stone teaches you Spanish with Spanish; it does not teach you Spanish with English. This will help you brace up and immerse yourself in the learning process. On this app, you can connect with a Spanish native speaker to improve your accent and conversation skills. Another beautiful fact about this app is that it is free.

Although Cat Spanish app is only available on iOS, it is another outstanding app with which to learn Spanish. This app uses fun features of cat images to keep your interest glued to the app to help you finish your lessons and meet your targets.

With this app, you will be able to learn different Spanish words and phrases; you will learn sentence formation, grammar, and pronunciations. Cat Spanish is not free. The app costs $6.99.

Busuu has marvelous features you did not imagine. This online Spanish learning platform takes you through every aspect of a language: speaking, reading, and writing. But amongst these, the speaking aspect dominates.

When you get on the platform, you will be introduced to key vocabularies from where you move to a series of dialogs. When you are done with the dialogue, you will then go to the writing aspect of the language.

On Busuu, you will be opportune to meet a pool of Spanish speaking community which you can practice with. Well, Busuu is not free, as you will have to pay about $21 monthly.

As the name sounds, Memrise helps you memorize certain Spanish vocabularies and allow you a better grip on the terms and grammar of the language. The app is designed to have modules, and in each module, there are lists of lessons.

Memrise is a creative app that can help you at least 15 words per lesson. These words are presented with their English translations and audio of their pronunciation. Following this practice, you will learn the nitty-gritty of each word you learn. Memrise is also free, and this makes it a great choice to consider.

Fluencia like FluentU takes the learning in the visual direction. This means that you will be able to have so many visual effects instead of words/texts while learning Spanish.

Fleuncia is created to have a total of five levels and each level is composed of 10 units. Each of these units is composed of lessons in vocabulary, conversation, grammar, culture, and communication.

This great mix of various aspects of learning gives you the chance to learn and be more effective. The developers of this app claim that any user who goes through the entire lessons will be compared to a person who studied Spanish in the College for a year.

Meanwhile, the app is not free as you will have to pay $14.95 per month to use the app.

Among all the apps which promise to teach you Spanish, Open Language is the most professional. On this platform, courses are designed in such a fashion as to meet up with the standards (6 levels) of Common European Framework of Reference (CEFR).

However, it does only promise to teach you Spanish but also promises an equivalent of the A1 to C2 of the CEFR. This will help you monitor your progress against the internationally recognized scale.

With the aid of audio dialogs and English interjections, you will be able to learn new vocabulary, better grammar, and discussions in Spanish.

Beelingua also comes in as one of the apps you can use to learn Spanish and many other languages. This app works by showing you Spanish terms and their English means simultaneously.

Also incorporated in the Beelingua language learning app is an audiobook that reads a text while it also displays the English version of the read text to you the user. By this, you will learn the actual pronunciations of those words and with time, you will blend your tone to the Spanish accent.

Belingua app is available on both Android and iOS systems. Although Beelingua is seen to be free, you will have to pay to unlock some features.

Well, Mindsnack can be said to be best for students studying Spanish in school; it may not be for a newbie. And instead of taking the form of other Spanish learning apps, Mindsnack decided to present learning in a more fun style.

Just like a game, the Mindsnack platform presents you in a game scenario where the available contents are basically around one topic, say food, football, or just anything.