DOT inspections which is the synonym of Department of Transportation inspections are divided into six stages and a competent DOT inspector or state police officer may do these anywhere. This is something most drivers are so dreaded about, especially the heavy-duty drivers.

The Department of Transportation conducts DOT inspections to verify that all CMV components and accessories are safe to use, in excellent condition, and function correctly.

What is DOT Inspection

A Department of Transportation (DOT) inspection is a set of tests that determine if commercial motor vehicles are in excellent functioning order. Roadside checks conducted by state police or enforcers under the jurisdiction of the Federal Motor Carrier Safety Administration are often surprising (FMCSA).

Truck inspections by the Department of Transportation are a preventative strategy that helps keep truckers and motorists safe on the road. They make sure that commercial vehicles follow the laws and regulations in order to prevent accidents.

Who is responsible for conducting DOT inspections?

The Department of Transportation conducts DOT inspections, but you’ll almost always be dealing with one of these three groups:

1. All inspections are overseen and funded by the Federal Motor Carrier Safety Administration (FMCSA).

3. The inspection programs we’ll go through in-depth below were designed by the Commercial Vehicle Safety Alliance (CVSA).

Where are DOT inspections conducted?

If your car requires an annual inspection, you may drop it off at any approved facility.

However, if the vehicle is on the road and is pulled over, it may happen almost any place. Enforcement will vary by state, as it does with so much in the sector, but an inspection may be triggered when a truck comes onto a scale and data about its past (or its carrier history) appears on a screen.

A passing officer, on the other hand, may see a possible infringement and decide to pull the motorist over for inspection.

The 6 levels of DOT inspection, Explained!

The following is a list of the various levels, along with an explanation of the procedures used to evaluate the vehicle and its performance.

The Level 1 examination, often known as the “North American Standard Inspection,” is the most extensive and widely done of the six DOT inspection levels. Level 1 is a detailed 37-step process that examines the driver, the vehicle, and any unlawful cargo.

Drivers must present the inspector with their commercial driver’s license (CDL), driver’s logbook, and medical and/or skill performance assessment certifications, among other documentation. Drivers will be tested for alcohol and drug usage as well.

During a Level 1 DOT inspection, you may anticipate a comprehensive examination of your vehicle, including (but not limited to):

A Level 2 DOT inspection is identical to a Level 1 examination, except it excludes locations where the inspector will have to travel below the vehicle. It’s for this reason that it’s also known as a “Walk-Around Driver/Vehicle Inspection.”

While not as thorough as Level 1, you should still prepare in the same manner. Inspectors will continue to request documents from drivers and conduct tests to determine if they are under the influence of alcohol or drugs.

Special DOT inspections for one-time evaluations of a particular vehicle feature or item are known as Level 4 inspections. It’s often used to follow a trend, such as seeing how a typical offence has changed over time.

A “Vehicle-Only Inspection,” or Level 5, conducts the same tests on the vehicle as a Level 1 inspection. The only difference is that during the inspection, the driver is not present. The test may also be performed elsewhere.

A Level 6 inspection, also known as the “Enhanced NAS Examination for Radioactive Shipments,” is a specialized inspection for vehicles transporting radioactive goods. It’s essentially a North American Standard Level 1 examination with a focus on radiological testing.

To signal that the truck has passed, a distinctive nuclear emblem is placed prominently on the vehicle. This is only valid for the current journey and is erased when the truck arrives at its destination.

How to reduce DOT violations on the roadside

Preventive maintenance on your vehicle is an important part of decreasing or eliminating infractions from DOT inspections(s). By doing so, you may check for any potential infractions or faults that can be fixed before any inspection.

A fleet management system like Lytx comes in help in this situation. It may offer you or the driver with messages or alerts about possible unsafe driving habits, in addition to keeping track of hours of service and other driver compliance concerns.

How to prepare your drivers for Department of Transportation inspections

To pass DOT inspections with flying colours, you’ll need to coordinate, discipline, and ensure consistency with your drivers. Here are a few ideas for preparing kids for the inevitable.

To begin, urge your drivers to arrange their files. Your drivers must be prepared for DOT truck inspections, which demand a variety of documents ranging from licenses to certifications. We suggest putting them all in one folder and generating backup copies in case the originals go missing.

Second, assist your drivers in maintaining the cleanliness of their vehicles. While cleanliness isn’t a requirement, it does show the DOT inspector that you’re concerned about the little things.

Third, keep an eye out for out-of-service infractions. These are more serious offences that, if not handled properly, may result in a fine or disqualification. Mission-critical components including the brakes, frame, and fuel system are often involved in out-of-service violations.

Finally, teach your drivers to treat inspectors with respect or, at the absolute least, professionalism. You never know when a nice or genuine comment can assist you in achieving better outcomes.

Is the DOT inspection free of charge?

You will not be required to pay anything if you are pulled over. However, receiving negative findings (whether minor infractions or substantial enough to result in the dreaded Out Of Service) might harm your total rating — and you’ll be responsible for the required repairs, which can be costly.

Related:  List of the 33 Local Government Areas in Oyo State

You’ll pay whatever costs your local shop requires if you get your inspection done there. The costs will be determined by the kind of vehicle you drive and the degree of examination you need.

How to acquit yourself for DOT inspections

Drivers may learn about the hazards of driving a faulty vehicle and how to spot and report issues so that they can be fixed before they become a greater problem. One of the most effective methods to accomplish this is to do a basic walk-around check before and after each trip, the vehicle takes, which should include the following items:

Tires seldom blow out, but they do deflate gradually until the car can no longer be driven. Check for air in each tire and use a digital tire pressure tester to inspect tires that seem to be underinflated. Also, take care to familiarize yourself with your state’s mudflap requirements. The use of mudflaps/splash protectors on the back of the vehicle is required in several states (to keep spray and debris tossed up by the tires from hitting the windshields of the following traffic).

Lights, bulbs, and electric signals that aren’t working properly might be dangerous. Turn on the engine and check not just the brake lights but also the headlights, high beams, and low beams by turning them on one at a time.

Look out for cracks

If not handled immediately, any fractures in the glass (even little, microscopic chips) will soon grow much worse. Check for hairline fractures and “stars” generated by flying gravel on a frequent basis.

It’s critical to understand the inspection requirements and how to be proactive in maintaining a safe CMV to guarantee that drivers pass inspections with flying colours.

When I pass my DOT inspection, what comes next? You’ll be given a box of Dots and a lot of Congratulations! Just kidding.
You’ll get a CVSA decal, which is also known as a DOT inspection sticker.

This stands for Commercial Vehicle Safety Alliance, and it typically indicates that you have passed your inspection to people who look at it.
They’re colour-coded according to the time of the year in which they are given (green for January-March; yellow for April-June; Orange for July-September; White for October-December). They also have a three-month shelf life.

Once those decals have expired, you’ll be subjected to another inspection. 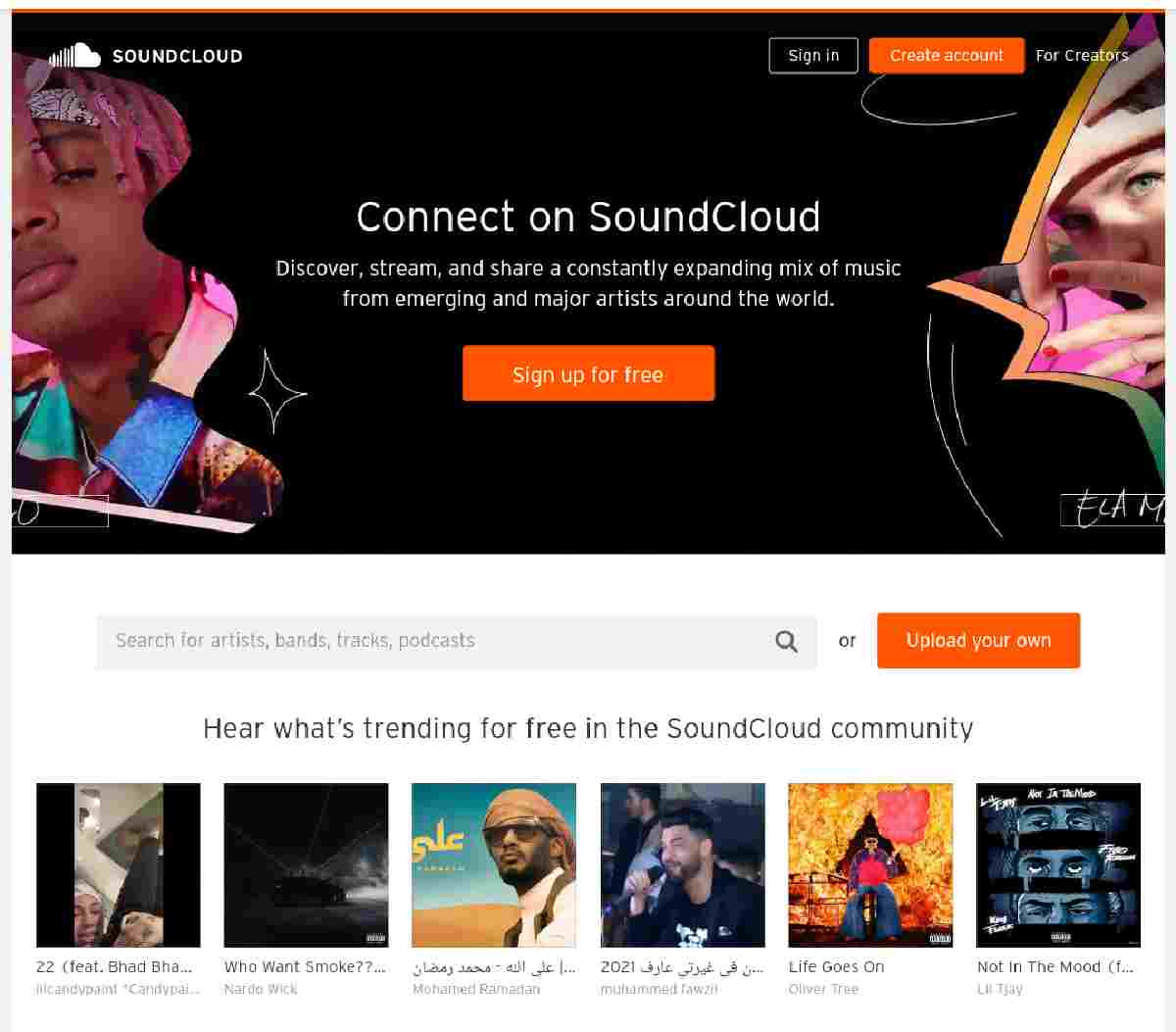