Love is a beautiful thing and can be expressed in different ways or languages. While it is sometimes difficult to portray how one feels especially when you could not find the right words, Spanish is romantic and you will always find several ways to convey your feeling in 3 magic words – “I love you” in Spanish.

The 3 magic words might be enough to win him or her over. Also, you might find yourself visiting Spain anytime soon or falling in love with a Spaniard. Knowing the right words in Spanish would blossom the relationship. There are Spanish learning apps that could also help, but if you have no time, it might be better to know a few phrases to say “I love you” in Spanish. You could use these from time to time.

It does not have to be the usual 3 letter words. There are lots of words that you could help make your intentions known to that special fellow. This is why we are putting out this post to educate you on the many ways to express the language of love in Spanish words.

What is “I love you” in Spanish?

I love you in Spanish means Te Quiero. Love can be very exhausting, but the rewards are much more. It is one of the most powerful feelings in the world, the mental and emotional states, the frustration, the deepest affection, and the pleasure.

If the other also feels the same about you, then you can expect much positive response which may be subtle or direct. Spanish languages on their own can be very romantic and you will be surprised how intrigued anyone will be even if the expression is not of love.

How to say I Love You in Spanish Languages

There are several words you can use to express your feelings. You do not need to get stuck with ‘I love you in Spanish, you can improvise or even show it in action.

Loving someone does not have to from Boyfriend to Girlfriend, or vice versa, it can also be agape, one shown to a stranger you met on the road, expression of love to one’s family or friends, or someone you are trying to win his or her heart. If you are considering the other best ways to say I love you in Spanish, below are the other beautiful ways to express how you feel about another:

❥ How do I say ‘I want you’ in Spanish

‘I want you‘ in Spanish means ‘Te Deseo‘. The words have a stronger grasp and should not be used especially if you are just meeting someone for the first time. You should go with a warmer approach first especially towards female folks.

When you both have the same chemistry, it could be the 3 ferociously cool words you will want to use to set the stage. It may be a tone of desire from Boyfriend to Girlfriend, Wife to Husband, or those who are in a romantic relationship.

❥ How to say ‘I like you’ in Spanish

You can tell someone you like them in Spanish by saying ‘Me Gustas‘. The expression, ‘I like you can be used when you have a platonic or romantic feeling for someone.

Relationships can also be intimate and affectionate without having a romantic feeling. It could be to one of your staff for doing a great job while you are away, or to someone who was able to impress you within a short interval. And it could also be used for people you are romantically involved with.

❥ How to say ‘I am crazy about you in Spanish

I am crazy about you means “Estoy Loca Por Ti (if you are a female, you will use this expression) or Estoy loco por ti (use on male) ” in Spanish. This should be cautiously used and it is advisable not to use that on someone new. It may send wrong signals, whereas the intention is that you really want him or her in your life.

Maybe when you start realizing he or she is loosening up, then it may be the time to convey your feeling this way. And if she also feels the same way, you might get the goodies in time.

❥ How do I say “Can we be friends?” in Spanish

People have started with being friends when it is clear they want to be more than just friends. It is also a way to know more about someone before committing to them and no better way than to start as friends.

The period of being friends with them will reveal a lot of things that could help your decision whether you want to go into a deep relationship.

❥ How to say “My heart belongs to you” in Spanish

My heart belongs to you means “Mi corazón te pertenece” in Spanish. This can be used when you have gotten the girl at last. It can also be used by the ladies to assure their men of their undying love towards them.

Make it a habit to assure each other that you will always be with them no matter what may come. It does not have to be spoken words, even a 5 letter word such as “My heart belongs to you” written in Spanish would be romantic.

❥ How you can express the words, “My Love” in Spanish

If you have used “I love you” several times, you might begin to think it is now getting boring and now looking for ideas. Why not improvise by saying “My love” in the beautiful Spanish language?

Related:  How to borrow data from Glo network

In Spanish, “My Love” means “Mi amor“. It even sounds like My armor which is also a way of expressing love to someone who is not only loving you but protecting and caring for you when there are no others. Love is a beautiful thing to the extent that even the smallest deeds could mean so much.

You can also express your inner desire by saying “I am in love with you” in Spanish. It actually means “Estoy enamorado de ti” and you may not find a better touch to your So Long A Speech than that.

This is a moment that matters after giving a good prologue and then ending it with a nice catch as just that. If this does not make the clock stand still, then you will need to give up or come back even with better strategies.

Even when you have gotten the win, it is worth dropping a piece of that daily to remind him or her that you are totally in.

❥ How to say “You are my world” in Spanish Language

Saying you are my world to someone is a very strong statement and could mean you do care about them. Everyone needs assurance from their loved ones, you can start up the day by sending a message like this and see how that goes.

You are not only bonding but also strengthening the relationship especially if the feeling is mutual. Meanwhile, “You are my world” in Spanish can be translated as “Eres mi mundo”

❥ How do I say “Will you marry me?” in Spanish

Sometimes, it could get to a point where you start feeling that you can’t do without that special being. What better way to hold on than to propose in Spanish?

Even saying it in English is romantic, but you can keep everyone guessing for some seconds even when you are already on one knee. Even a child will know that you are ready to tie the knot.

If that is what you want, you can say “Will you marry me?” in Spanish by voicing out or imprinting “Quieres casarte conmigo”

❥ How to say “My dear” in Spanish Language

Have you ever wanted to start a letter or text message with romantic Spanish words, but you could not find the proper words?

We have a great idea for you, you can get the quick interest of the reader with the phrase, “My dear” translated to Spanish language. Say what you want to, but your little efforts will go not go unnoticed especially if you are not Spaniard. Everyone wants to be surprised and this is one way to act differently than what is expected.

“My dear” actually means “Cariño mío” in Spanish and works for both genders. It can also be used on anyone as it does not has other clumsy interpretations that only +16 should know.

❥ How do I say “You are my better half?” in Spanish

You are my better half means “Eres mi mejor mitad” in Spanish” It is also a beautiful way to convey your heart to the one you are in a romantic relationship with. Although this works better with Couples there is no law that says you can’t use it when engaged or dating someone.

This statement will no doubt sparkle the love interest and do not be surprised if your better half comes home quickly and towards your embrace. You can also keep it short by using “My better half” which means “Mi media naranja” in Spanish.

❥ How can you express the words, “I have been thinking about you” in Spanish?

Do you have anyone you are interested in, but you could not find the right words to transmit those feelings?

If you have already had their contacts, subtle words such as “I’ve been thinking about you” could help deliver the intention without saying so much. Be ready to answer the question, “Thinking about what?”

Not that the content is not clear enough, but you are given a lifeline to say what you want to say.

It can also be sent to your BF or GF especially when you are miles apart. The message could be a reason why you will be meeting soon.

“I can’t wait to see you” is said in Spanish as “No puedo esperar a verte” You can say this to anyone, and not just your partner. It could be to a friend, someone you have not seen for a while, or family.

This is a way of saying you have missed them so much that you can’t wait to meet them. It could also be used when you have talked or chatted with someone you have not met before, it means “No puedo esperar a verte” in Spanish.

❥ How to say “I will always love you” in Spanish

It is perfect when you say that to someone you really love. It is like assuring them that you will always stand with them no matter what may come.

What could be more romantic than expressing the phrase in Spanish? Telling your partner, children, mom, dad, or anyone you deeply care for that you will always choose them is so beautiful.

We have got it figured out for you. “I will always love you” in Spanish is written as “Siempre te querré”

❥ How you can say, “Would you date me?” in Spanish

If you have no idea how to get started, maybe a simple phrase “Would you date me?” expressed in Spanish might work some magic. As awkward as it can be, this could be what will set a date in motion.

However, the question is how do you say that in Spanish? You can say “Saldrías Conmigo?”

Even if they have no idea of what that means, they would want to dig in for the meaning. The suspense is also romantic as well.

❥ How to say “You look sweet” in Spanish

Sometimes, you can convey how you feel about someone by simply saying “You look sweet”

It could also work by commenting on their social network posts. This can be followed by more sweet words in their DM. You look sweet in Spanish means “Te ves linda” 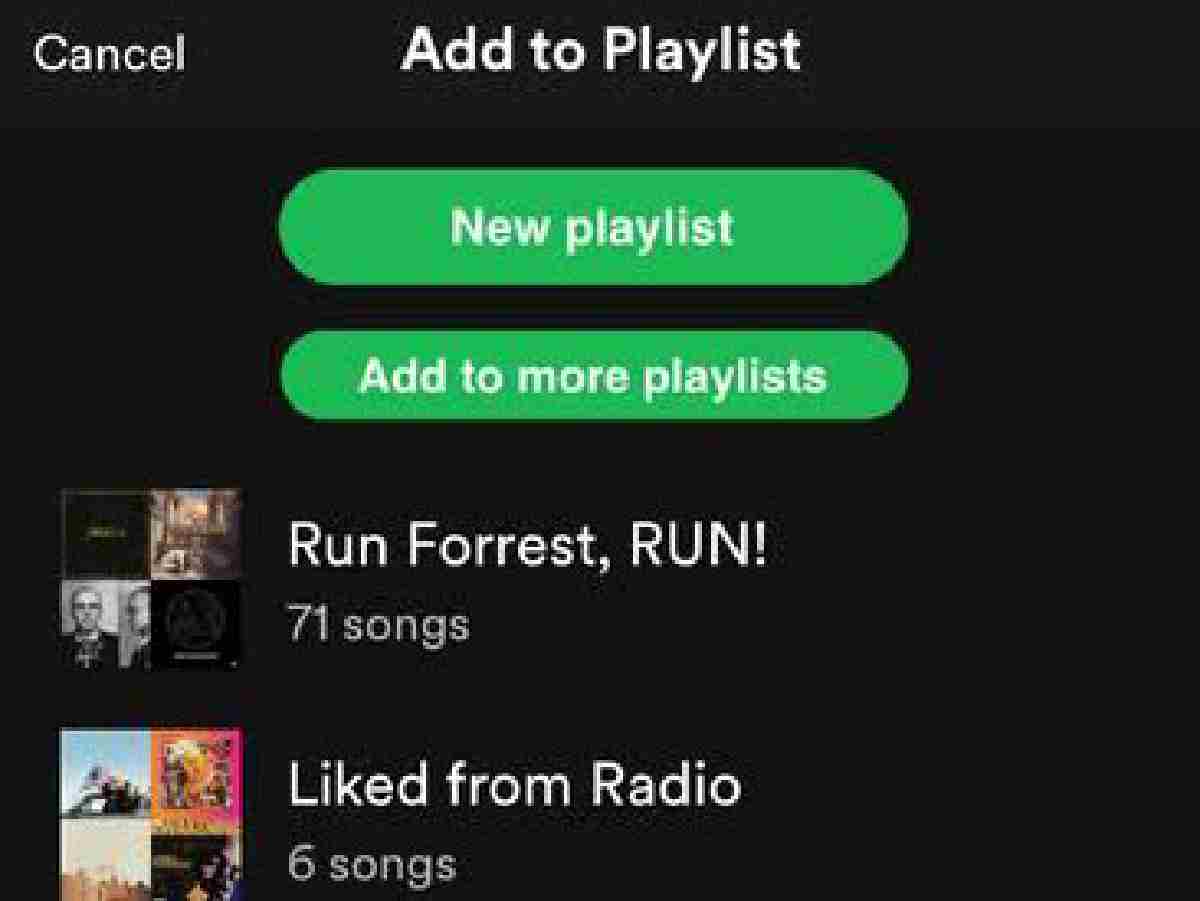