Top 10+ Most Populated States In Nigeria

Nigeria is referred to as Giant Of Africa because of its massive population strength and economy. The country’s dynamic cultural societies are among other factors that have a huge role to play in its population growth. However, some of the Nigerian states are more populated than others. The most populated states in Nigeria also enjoy a certain level of economic advantage aside from a few others.

The large population of the Nigeria state is distributed among the country’s 36 states which include the Federal Capital Territory (FCT). Recent census data unveils the population of each of the states. In 2006, the total Nigerian population was placed at 140,431,790. The figure placed Nigeria as the most populous African state, then becomes the 7th most populated country globally.

In 2017, the figure shot up to 184,234,797. And with the new figure, at least one in every four African is projected to be a Nigerian. Many people actually think the most bustling city, Lagos leads the most populated states in Nigeria, but census facts reveal otherwise.

THE MOST POPULATED STATES IN NIGERIA?

The most populated state in Nigeria is Kano state according to census figures. Kano is located in the northern part of the country, and its capital, Kano is also named as the second-largest city in the country behind Lagos city.

Kano had a population of 9,401,288 in 2006 but rose to 13,076,892 in 2016. The state has a large number of Muslims who are majorly Hausas and engage hugely in agriculture. The state also has a deep interest in textile, tourism and is also the second-largest industrial centre after Lagos state. People often travel to Kano to buy textiles, livestock, and agricultural products. The popular markets in Kano are Sabon Gari Market, Kwari Market, and Dawanau Market.

Kano State has 44 Local Government Areas (LGAs) and the slogan is ‘Centre of Commerce.

Lagos state is the second most populated state in Nigeria. It recorded 9,113,605 in 2006 and 12,550,598 in 2016. The state is situated in the southwestern part of Nigeria and even though it occupies one of the smallest areas in the country, it surprisingly has one of the biggest numbers of occupants. The capital of Lagos state is Ikeja.

Lagos state is majorly occupied by the Yoruba tribe however, its commercially robust nature attracts people of diverse races, cultures, and religions. Hence it has become a very multicultural part of the country. One thing to also note is that Lagos doesn’t only attract tourists from around the country, but also from around Africa and the globe.

Lagos state’s slogan is ‘Centre of Excellence and has 37 Local Government Areas (LGAs).

Kaduna state takes the third position in the list of Nigeria’s most populated states. The state recorded 6,113,503 in the 2006 census and 8,252,366 in 2016. It is positioned around the northern part of the country and is perceived to house almost 60 ethnic groups. Hausas and Fulanis are the major dominating tribes in Kaduna. The capital of the state is also known as Kaduna, and the city is a robust trade center with a lot of fertile agricultural areas.

Even though the development of the state really kicked off just about ten years ago, currently it competes as one of the most developed cities in the country. The state houses great educational centers and a lot of Military bases and barracks. The Nigerian Defense Academy is located there. Institution of Leather Research, Nigerian College of Aviation Technology, Ahmadu Bello University, and a host of other adorable institutions. Kaduna also occupies one of the largest portions of land area in the country.

Kaduna state’s slogan is ‘Centre of Learning’ and has 23 Local Government Councils.

Oyo is Nigeria’s fifth most populated state. Oyo’s capital is Ibadan and recorded 5,580,894 in the 2006 census but the figure rose to 7,840,864 in 2016. It is located in the south-western part of Nigeria and takes the second position behind Lagos. The state is also known as the ‘Pace Setter’.

Oyo is largely occupied by the Yoruba tribe. It also boasts of the first University in Nigeria (the University of Ibadan), the first television station in the country (NTA Ibadan), the Old Oyo Park, and the Cocoa house, among others.

Inhabitants of this state are majorly farmers. Ibadan is the capital of Oyo State, it is also the largest city as regards geographical location and used to be the most populated city in Nigeria during independence. The city houses both Christians and Muslims.

Katsina State is the fourth most populated state in Nigeria. The state recorded 5,801,584 in the 2006 census and 7,831,319 in 2016. It is located in the Northwest part of Nigeria and is largely dominated by Hausa and Fulani ethnic groups whose main engagement is agriculture. The slogan of Katsina state is ‘Home of Hospitality.’

Katsina is also the capital of this state and it was created during the regime of former Military leader, Gen. Ibrahim Banbagida in 1988. The late president Yar’adua and Muhammadu Buhari emerged from this state. The state is dominated by core Fulanis and Muslims. It is also a historic ancient city with so many tourist attractions.

Agriculture is the major occupation of inhabitants of the state and they supply major agricultural products to other parts of the country.

Katsina State consists of thirty-four (34) Local Government Areas and its slogan is Home of Hospitality.

Rivers state comes sixth in this list, by that, it is also one of the most populated states in Nigeria. Rivers state is estimated to have 7,303,924 in the 2016 census and 5,198,605 in 2006. The capital of Rivers is Port Harcourt and it is also known as the ‘Treasure Base’ of the nation. This is mainly because of its oil-rich nature.

It is home to many ethnic groups including Ogoni people, Ikwerre, Ijaw, Etche, and many more. People from rivers state are often called Riverians because they share a space with the Atlantic Ocean.

Rivers state is located in the Niger Delta region. It is the 3rd oil-producing state and in fact houses, almost all the multinational oil companies Nigeria can boast of. The state is also rich in several other mineral resources and agricultural produces.

There are 23 local government areas in Rivers State and about 28 indigenous languages are spoken in the state.

Bauchi houses notable institutions including Abubakar Tatari Ali Polytechnic, the Bauchi State University, and the Federal Polytechnic Bauchi, among others. It also has one of the largest geographical land portions in the country.

The state is located in the north-western part of Nigeria and is largely dominated by Hausas and Fulanis despite having 53 other tribal groups. The Durbar Festival is a major annual attraction in Bauchi state

Bauchi state is also known as the ‘Pearl of Tourism and consists of twenty (20) Local Government Areas (LGAs).

Jigawa state takes the eighth position in the list of the most populated states in Nigeria. The state recorded 4,361,002 in 2006 and 5,828,163 in the 2016 census. Jigawa is also known as ‘The New World’. Its capital city is Dutse. The state is located in the north-western part of Nigeria and is largely dominated by Hausas and Fulanis.

Only 1.1% of the total population are Christians in Jigawa state while the rest are Muslims. Nevertheless, it is still a place that accommodates the two major religions in Nigeria.

On the economic side, about 70% of the inhabitants engage mostly in subsistence farming and animal husbandry. There are also people that engage in trading and commerce especially in consumer goods, livestock, and agric products. Other informal sector activities that residents engage in include, tailoring, shoemaking, carpentry, auto repairs, etc.

Jigawa State is made up of twenty-seven (27) Local Government Areas.

Benue state is 9th on the list of the country’s most populated states. In the 2006 census, Benue recorded 4,253,641. The figure grew significantly to 5,741,815 in 2016. The state is also known as the “Food Basket of the Nation”. This is mainly because of its agricultural nature, as it generates several food items which are also supplied to various parts of the country.

Benue was created from the formerly known Benue-Plateau state in 1976 and the name was derived from the Benue river. The capital of the state is Makurdi, and it is located in the north-central part of Nigeria. It shares a common boundary with Enugu, Taraba, Cross River, and Ebonyi states. It is generally the most populated state in the middle belt.

Anambra state is the tenth most populated state in Nigeria as revealed by the census. The state recorded 4,177,828 in 2006 and 5,527,809 in 2016. The south-eastern state is famous for its high level of commercial activities. The slogan of the state is ‘Home for All’ or ‘Light of the Nation.’

The capital of Anambra is Awka. Nnewi and Onitsha are the state’s busiest cities. While Nnewi houses several Nigerian billionaires, Onitsha is known as a commercially robust city. The state is largely occupied by Igbos who are also prominent tribes in the Nigerian movie industry and among entrepreneurs. Anambra is the most populated state in the south-eastern part of Nigeria.

The urban areas of the state began experiencing a major migration from the rural areas from the late 1990s. This resulted into Anambra becoming even highly urbanized with an estimated 62% of its population settling there.

Anambra has several natural resources and among them are crude oil, bauxite, and natural gas. They also take to farming which has consistently serve as a means of support for the family and also move the agric products to markets and other regions for sales.

Borno state recorded a 2006 census figure of 4,171,104 and 5,860,183 in 2016, making it one of the most populated states in Nigeria. The state was created in 1976 and it houses Kanuri people and a few other ethnic groups. The capital of Borno is Maiduguri and is located in the north-eastern part of Nigeria. It is also known as the ‘Home of Peace’. However, incessant unrest perpetrated by terrorists in that region especially has consistently deprived the state of the required peace.

Muslims are more in Borno compared to the Christians and being a troubled state does not make it easier for the small section of Christians to create awareness. Notwithstanding, the inhabitants are accommodating and it is one of the states that pay higher salaries and wages to workers which is totally understandable.

Delta State is mostly dominated by Olukumi people, Igbo, Itsekiri, Urhobo, Ukwani, Ijaw, and Ika but the Urhobo-Isoko are the most predominant tribal group. Christians are more dominant in delta state

Delta state also possesses a great abundance of natural resources such as limestone, kaolin, silica, and many more. These mineral resources are mostly used by construction and manufacturing companies. It is also one of the largest producing states in Nigeria.

Delta state consists of 25 local government areas and its slogan is “The Big Heart”. 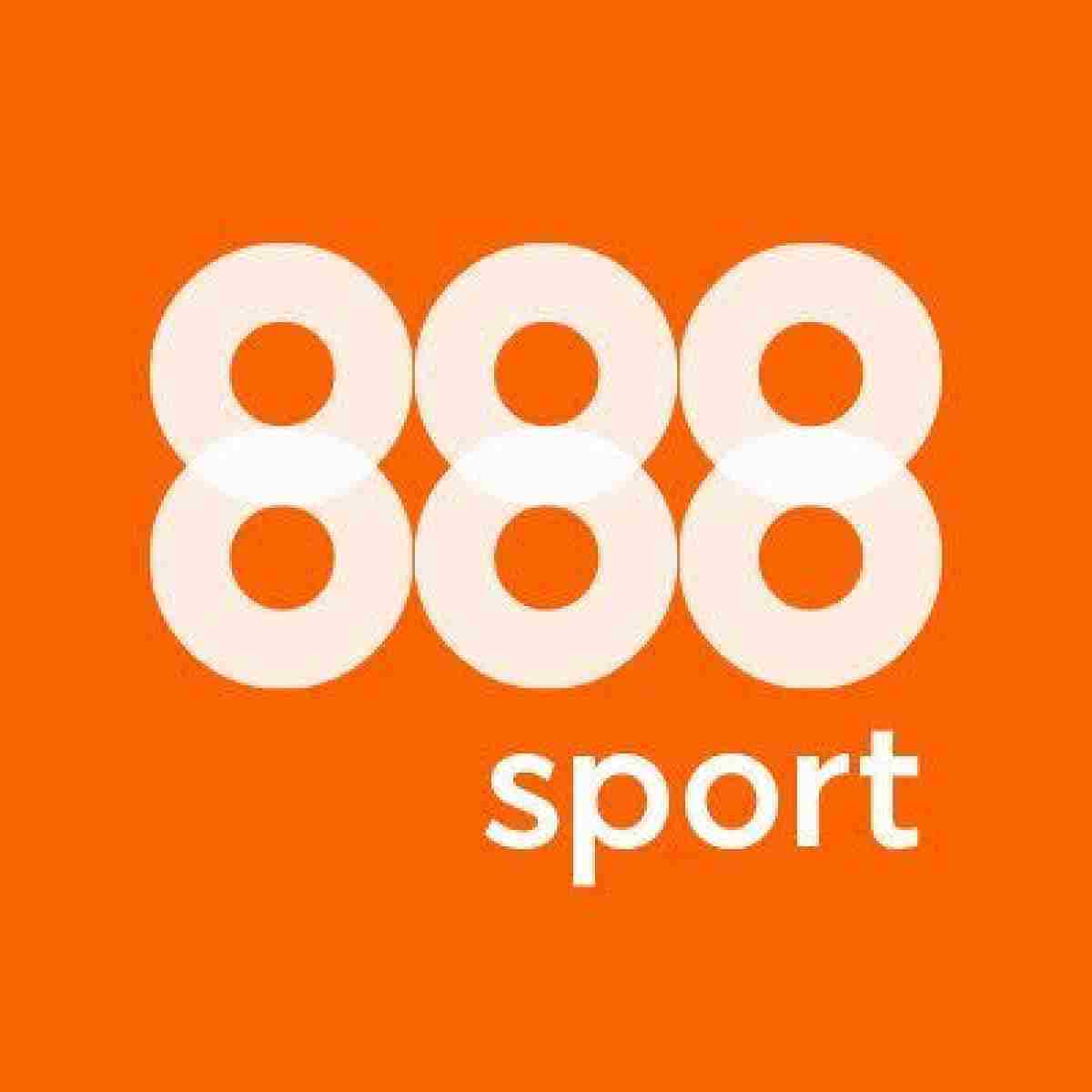 It is simply worth mentioning 888 sport since it has grown to become one of the best betting platforms not just in the United States, but in other countries where…

It’s really a great effort by Betway to go all the way in becoming a powerful presence in almost every part of the world. Part of the bookie’s strategies is…

Soccer has become the most popular sport in Nigeria. It is being closely followed by several fanatics around the world. Aside from footballers that rake in huge cash every week,… 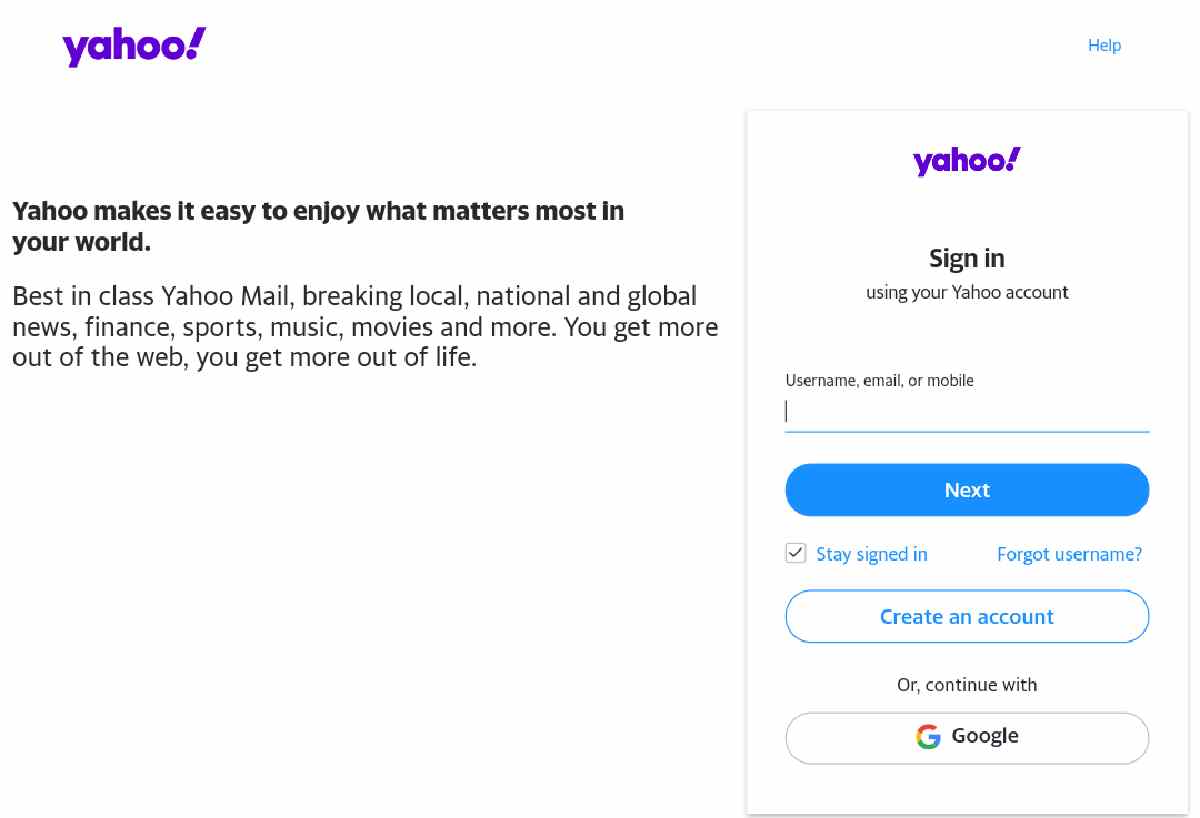 Yahoo Mail Sign Up: Yahoo mail sign in yahoo mailbox – www.Yahoo.com Login Not sure how you can get started on Yahoo Mail? We have prepared the step-by-step guides for…

The cereals are the most sought-after products in the stores, which are fueling the competition. The effervescent and conspicuous cereal box designs are the finest way to take the lead…