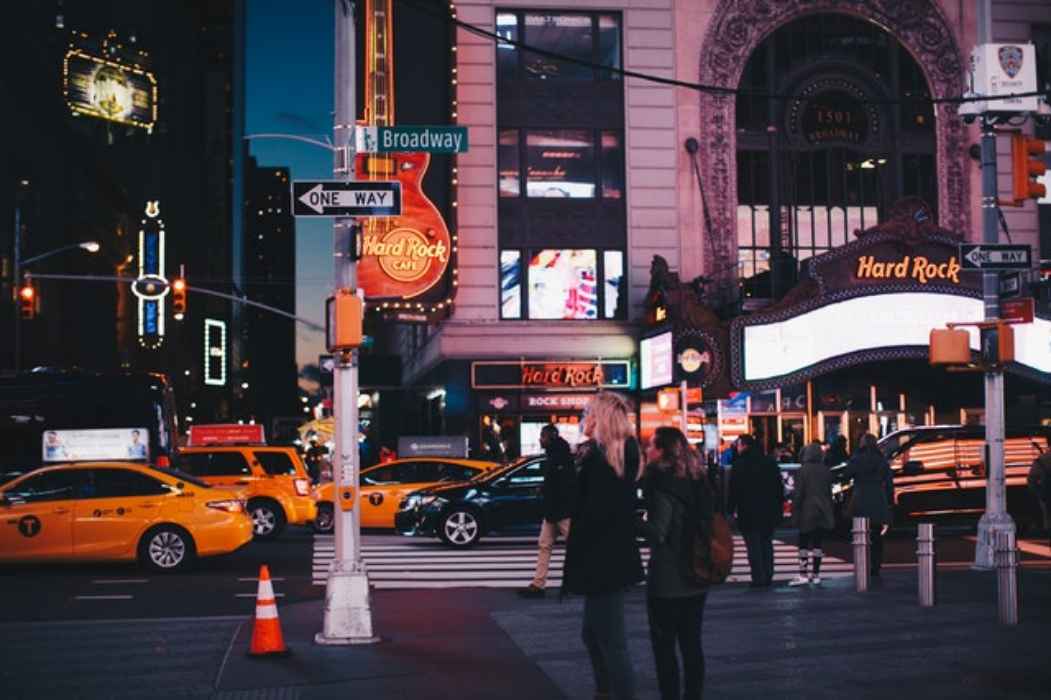 In this article, we have the top 10 most populated states in the US.

There are several reasons why people do need information on the states with the highest number of people in the US. For some, they are looking for the largest states by population due to the nature of their businesses. Some might need it for reasons best known to them.

Nevertheless, not everyone wants a very quiet place. Some are just looking for where the fun is, which is common in towns with the most people living in them. Studies have shown that businessmen and women are most likely to invest in towns that present more opportunities to sell, which is no doubt the populated states.

By extension, it makes it easier for immigrants or people who are looking to improve their standard of living to always opt for such states since humans and investment are mostly concentrated there.

A look at the United States Population 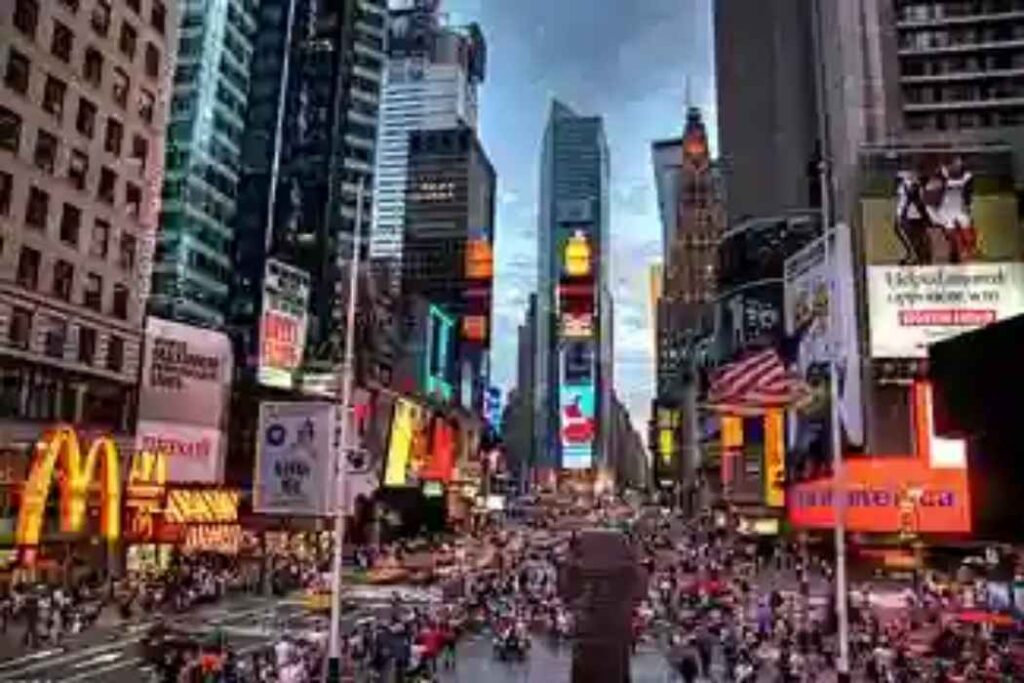 The United States of America is often referred to as United States, America, or US. The country is located in North America and has nearly 3.8 million square miles of land area.

Meanwhile, the total population of the United States is estimated to be 331,449,281 based on the recent population census in 2020. These figures put the country as the third most populous country in the world. USA shares international land borders with Mexico, Canada as well as maritime borders with the Bahamas, Cuba, and Russia.

Over the years, there have been various data to suggest that a populated state is not always a bad signal. States with the biggest population have some advantages and among them is increased economic growth, which leads to greater human capital, economies of scale.

There are also disadvantages including aging dependency, food shortage, and congestion. However, the benefits outweigh the disadvantages.

The Top 10 Most Populated States In the US

Below is the list of states with the largest population in the United States:

California is top on the list of the Most Populated States In the United States. It is the biggest state in the United States by Population. Texas and Florida follow with a very large margin between them which is a clear indication that immigrants and citizens must love all that that the states can offer.

California sits in the Western United States and shares a border with Arizona and Nevada to the east, Pacific Coast in the west, and Oregon to the north. The total area of the state is 163,696 sq mi. There are many reasons why California is very populated, but the major ones are due to the attractive proposition it offers to all, the fast-growing economy along with job opportunities, and the creation of wealth.

The thriving economy is enough reason to open up a debate among experts, to the extent that it was even said that if California were to be a country, it will be the fifth-largest economy. The population is mostly white which is expected, but one will easily find people of different backgrounds or languages in the US most populated state.

There are awesome places to live in the US, but if you are specific about California, then we suggest you take a look at San Jose, San Francisco, Los Angeles, or even the state capital, Sacramento.

The economy is exactly what is expected of the state. Before World War II, cattle and bison, cotton, timber, and oil were the tools used in influencing the economy. Post-war, there was a shift to Cattle rearing. In the 19th century, cotton and lumber became a major interest while Cattle became less lucrative. Now, Texas has experienced so much change, there have been more industries offering almost all kinds of services. It leads in many industries, including petrochemicals, biomedical sciences, agriculture, and tourism.

Even if you are not a citizen of the United States, the name “Florida” should not be alien to you. With a population size of 21,538,187, it put Florida as the third most populous state in the US.

Florida is a state located in the Southeastern region and shares a perimeter with the Gulf of Mexico to the west, Georgia to the north, the Bahamas and the Atlantic Ocean to the east, and the Straits of Florida and Cuba to the south.

The state of Florida is very close to the ocean which has made it an attractive option for people. People have always had something to say about its amusement parks, climate, beach resorts, but there are also other attractions like the hugely popular Walt Disney World, and Miami Beach. All these have helped shape its culture, identity, and daily life.

There are cities in Florida you will love even if you are visiting for the first time, they include Pembroke Pines, Port St. Lucie, and Miramar.

New York is one of the most popular states in the world. People are always drawn to it easily due to how it is often portrayed by the music and movie industry.

Related:  How to Become a Successful Entrepreneur In Nigeria With No Money

The state is blessed with 1,300 museums and art galleries. You can also find a large number of theaters within the region. If you are moving from another country to NY, do understand that New York can be very expensive to live in, however, if you can find something to do in town, it will be worth the stay.

New York’s economy could be said to be favorable when compared to others in the world and accounts for a fair portion of the country’s Gross Domestic Product.

Syracuse, Albany, Buffalo, New York City, and Rochester are among the best places to live in the State of New York.

Pennsylvania was the 2nd state to be admitted to the Union on December 12, 1787, is the north-eastern state of the USA and borders Maryland to the south, Ohio to the west, and New York to the east and north. The state is known for contributing to the setting of the United States as a nation.

Pennsylvania is the 5th most populous US state while Illinois follows very closely. Pennsylvania state area is 46,055 sq miles and is 33rd by area. Cities that make a large number are Pittsburgh, Allentown, Erie, Reading, and the renowned Philadelphia.

The state is also known for its industrial and agricultural outputs. Also, before and after the wars, it has been contributing immensely to the production of coal, and steel. It is also the highest in the production of mushrooms, which amounts to 425 million pounds annually with a value of more than $330 million.

There are cool places you want to visit in Pennsylvania, including Philadelphia, Gettysburg, Pittsburgh, Lancaster, Harrisburg, and Bethlehem.

Illinois is the 6th most populous state in the US. It was granted statehood on December 3, 1818. It is a state in the Midwestern region bordering Wisconsin in the north, Indiana in the east, and Iowa, Missouri in the west.

In Illinois, you can be sure of big cities, urban sprawl, and small towns which should be enough to fill up the desire of everyone. For instance, if you need a quiet life, then small towns should be what you are looking for while the big cities should have all the fun and entertainment.

Although Illinois might have been regarded as the face of manufacturing and industry, it is still a major player in Agriculture. It will be hard to see other states in the United States with greater amounts of soybeans.

Talking about the best places to live in Illinois, you will find lots of options, but the best are always Springfield, Buffalo Grove, Glenview, Oak Park, and Elmhurst.

Ohio takes a place close to Illinois, hence, the 7th most populous state in the United States of America. The state borders Pennsylvania to the east, Indiana to the west, Lake Erie to the north, Michigan to the northwest, West Virginia to the southeast, and Kentucky to the southwest.

The state was the forerunner and most influential industrial powerhouse during the 20th century and continues to make waves in the new one in recent times. It has grown to be a service-based economy and information hub. Based on the GDP recently, it’s seen as to why Ohio is often regarded as an industrial state. It is the second-largest automobile production and the third-largest manufacturing sector in the country.

There are lots of important events in Ohio. One is being the birthplace of The Wright Brothers. The brothers are the first to invent the successful motor-powered airplane in the world. The state is also known for having several museums that visitors from over the world do visit.

If you are considering living in Ohio, you will find Columbus, Cincinnati, Cleveland, and Toledo suitable for you and your family to move to.

Georgia is known as the Peach State, but also has success in the production of Vidalia onions, peanuts, and pecans. Economically, one can say Georgia is strong enough to the extent that if it was a country, it would be the 28th largest economy in the world, based on recent data.

The state is daily blessed with visitors for its tourism. Places like Stone Mountain, World of Coke, and Zoo Atlanta are attractions to many. Stone Mountain, specifically, is the most visited with about 4 million tourists every year.

If you are considering living in Georgia, you will find places like John’s Creek, Athens, Roswell, Mountain Park, Alpharetta, and Peachtree.

North Carolina is the 9th-most populous of the 50 United States. It is a state in the Southeastern region of the United States bordering the Atlantic Ocean to the east, Georgia and South Carolina to the south, Virginia to the north, Tennessee to the west.

The state is not only known mostly as a state with a large concentration of industry, however, it is been a success in the production of tobacco, brick, furniture, and textiles.

There is also no shortage of attractions in North Carolina, the beaches and mountains should prick your interest especially if you are visiting for the first time.

Michigan is last on the list of the top 10 most populated states in the US, a state in the Great Lakes region of the upper Midwestern United States and borders Indiana to the south, Ontario to the south, Toronto to the east, and Wisconsin to the west.

Being a state with more shoreline than any other state except Alaska, you will love it especially if you are the type that fishes or boats for fun or occupation. Michigan can also be very cold and also tend to experience snowy winters during their season.

The state is also known for the Automobile industry which is one of the drivers of the economy in the state. The state remains a solid place anyone can move into based on the many opportunities that abound there. Some of the best places to live are Detroit, Flint, Kalamazoo, and Ann Arbor. 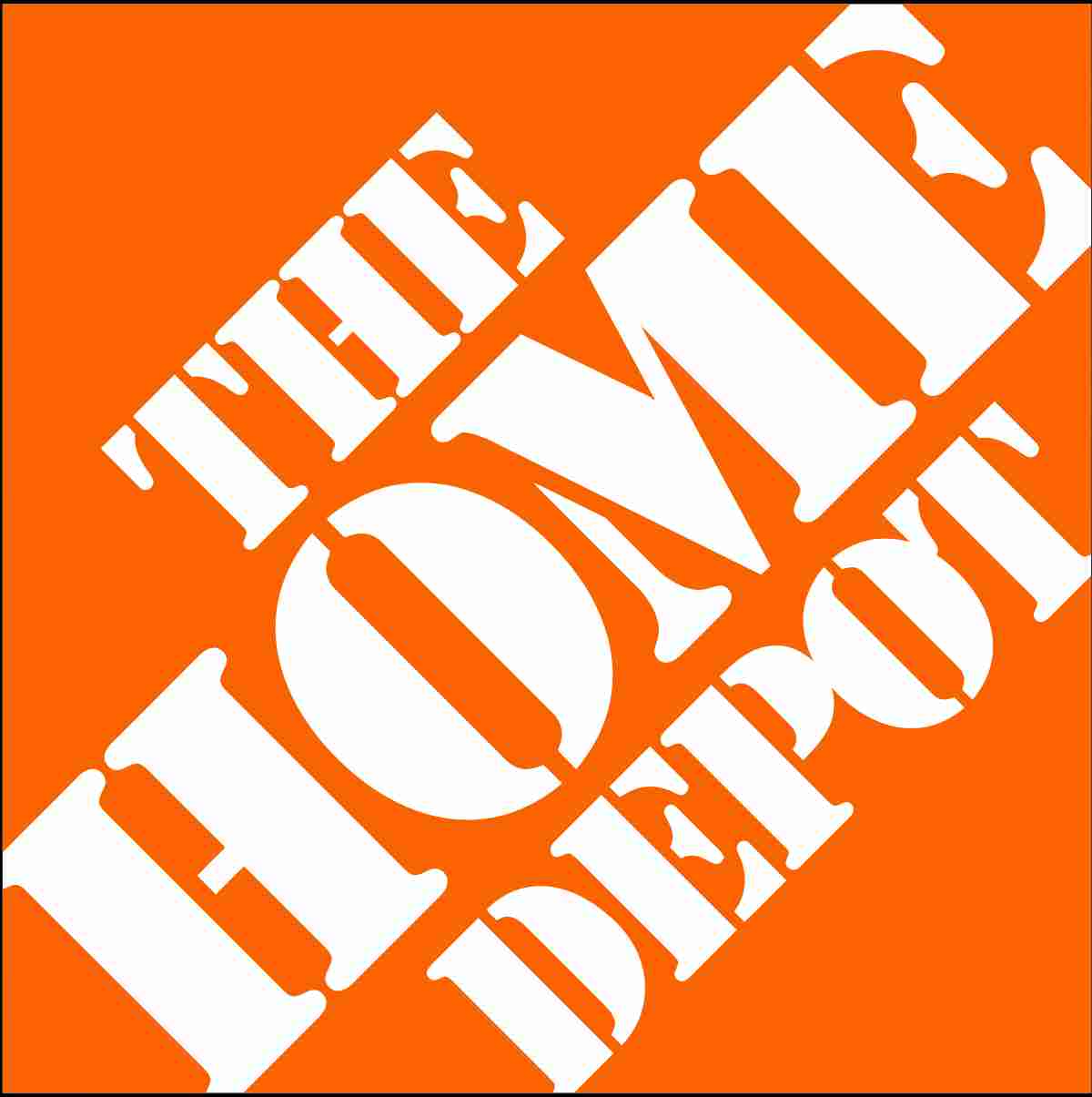 The Home Depot, Inc is a company that supplies tools needed for remodeling, altering, painting, and decorating, constructing properties. Aside from that, the company also offers services that could involve… 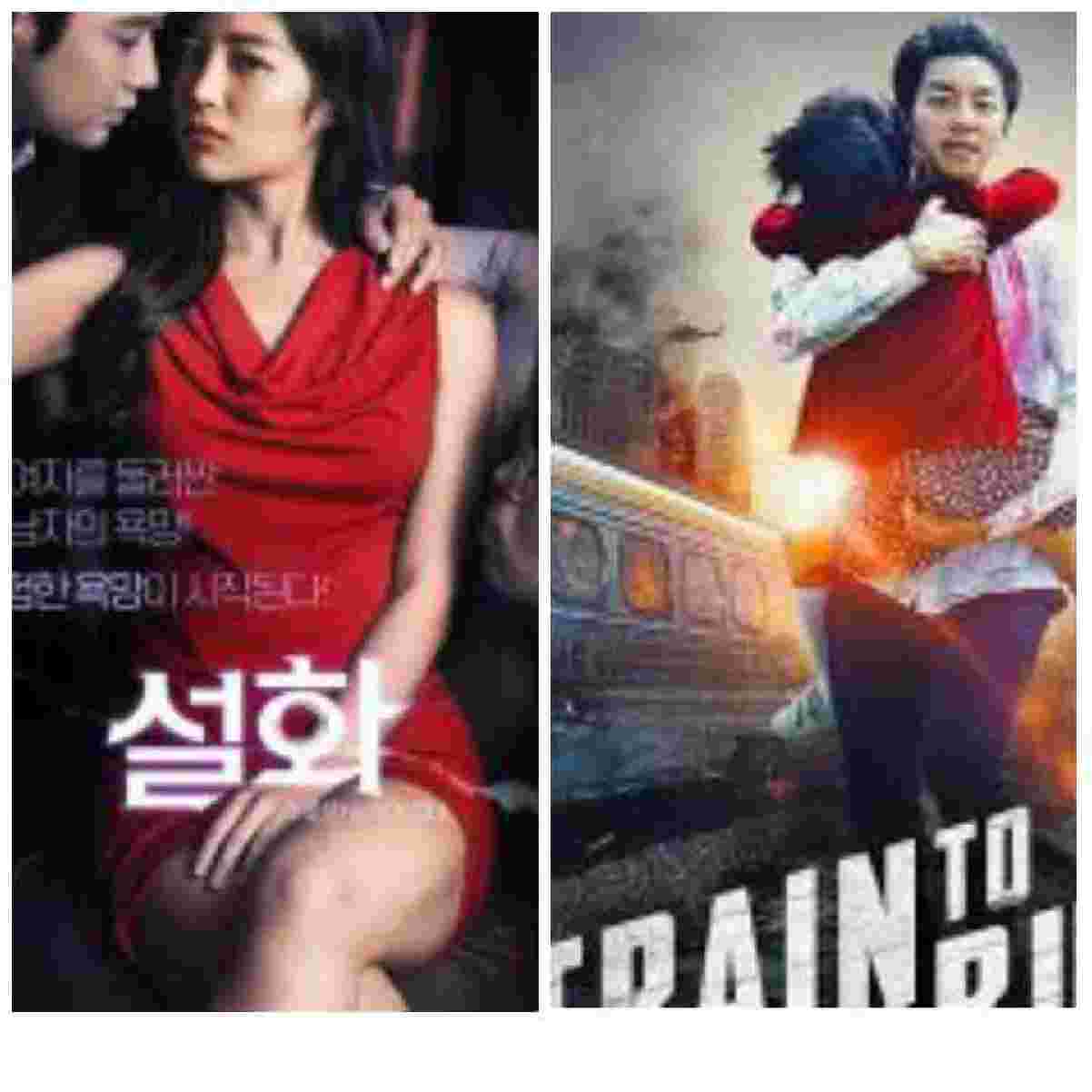 Korean movies are increasingly popular around the globe. It is very likely that you have found yourself glued to one too. People fall in love with the Korean series for… 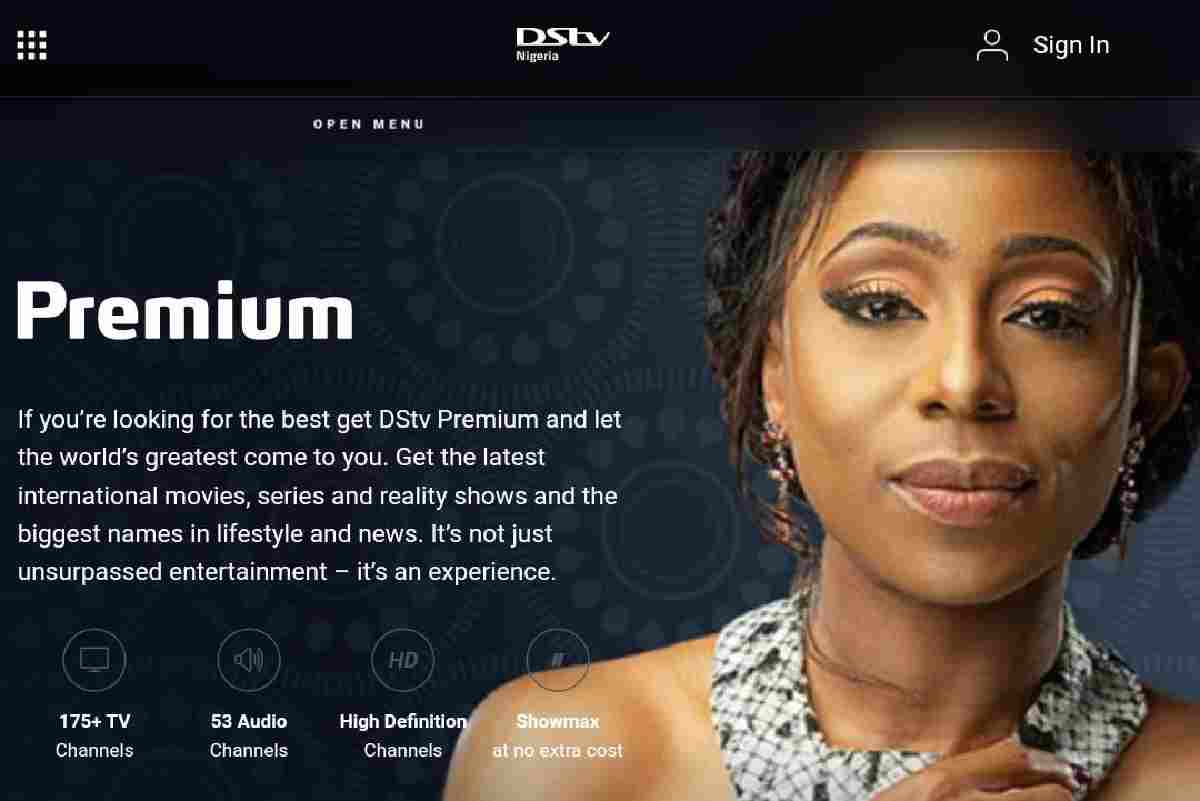 In this article, we will provide you with the updated list of Channels on DSTV Premium including the codes to dial, price, and how to subscribe. No other DSTV package… 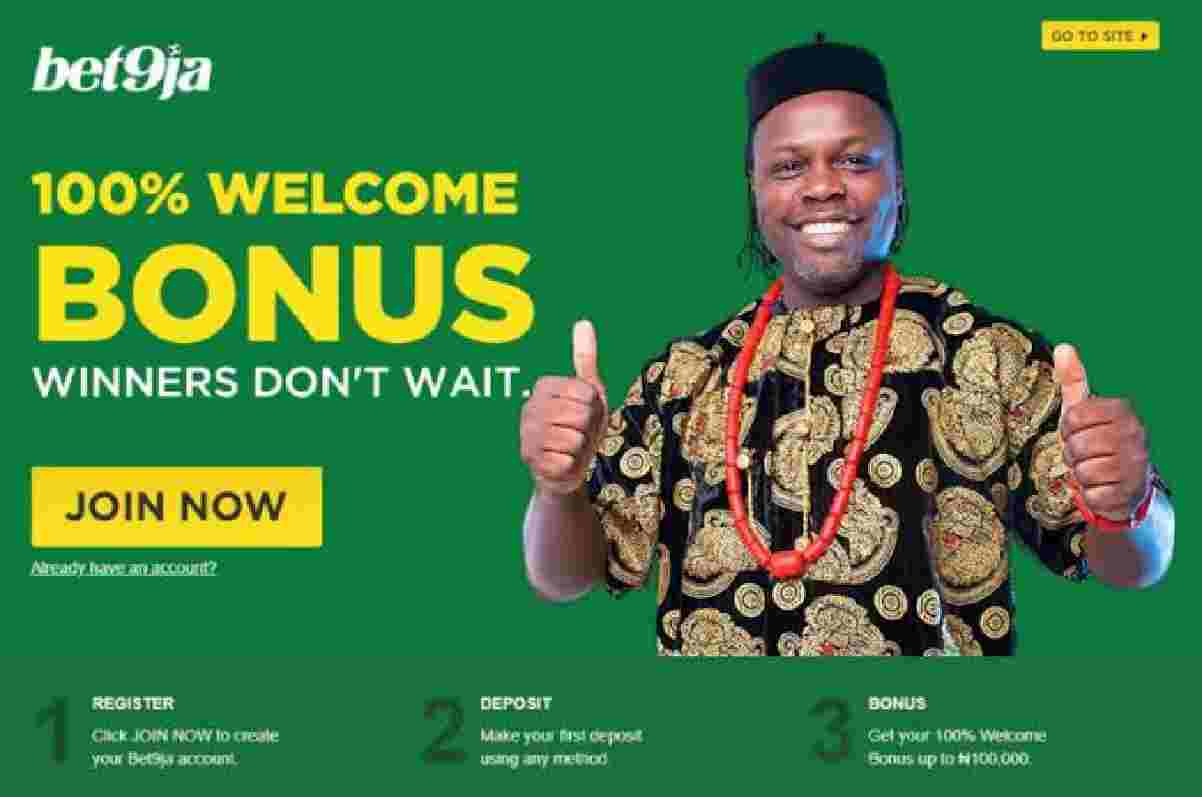 Bet9ja, being the most trusted betting site in Nigeria can also be generous when they need to be. Most times, it comes in the form of Bet9ja Bonus but the… 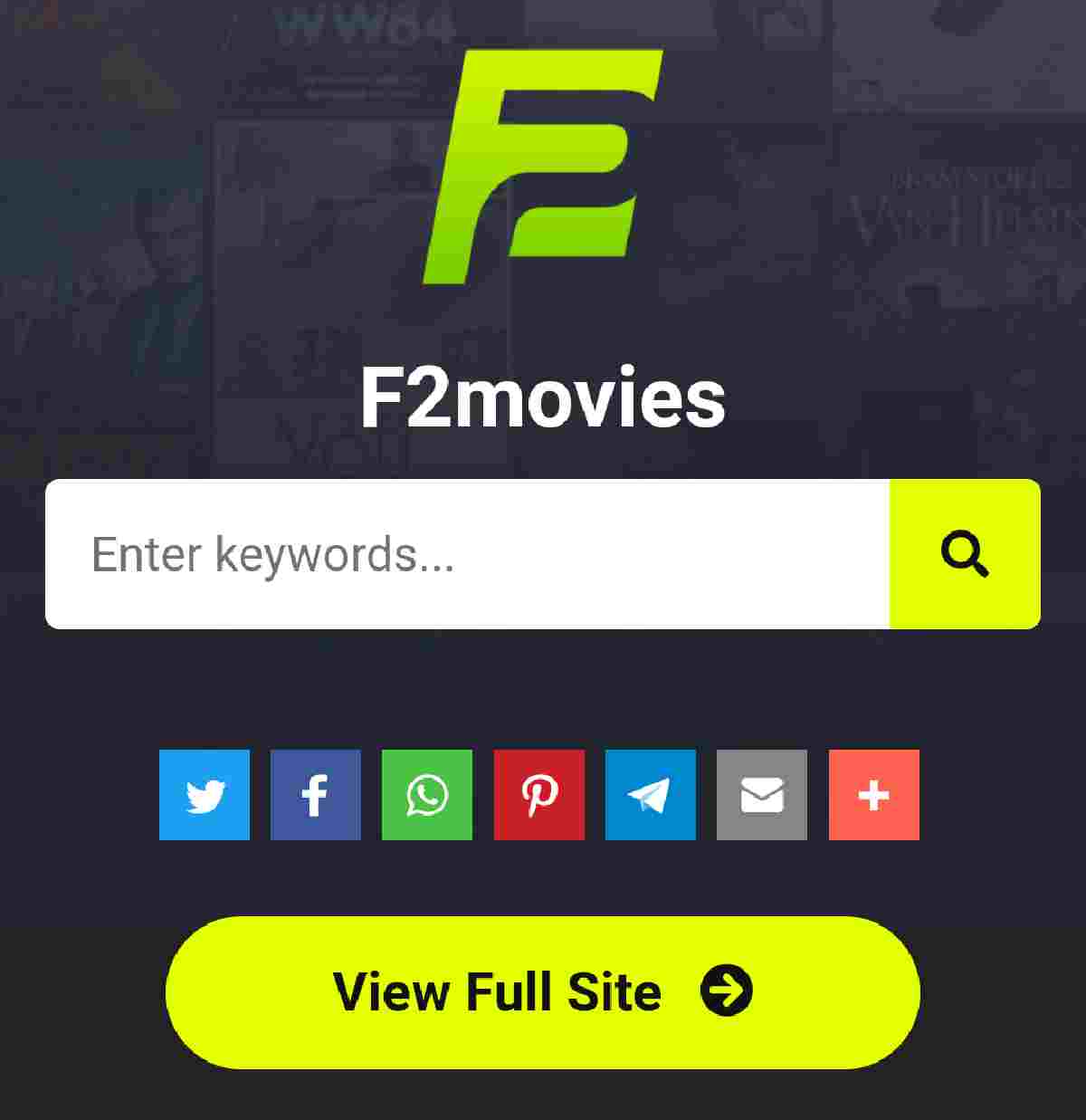 Are you looking for a free movie site that allows you to watch and download movies for free? Say no more, as we bring to you one of the best…