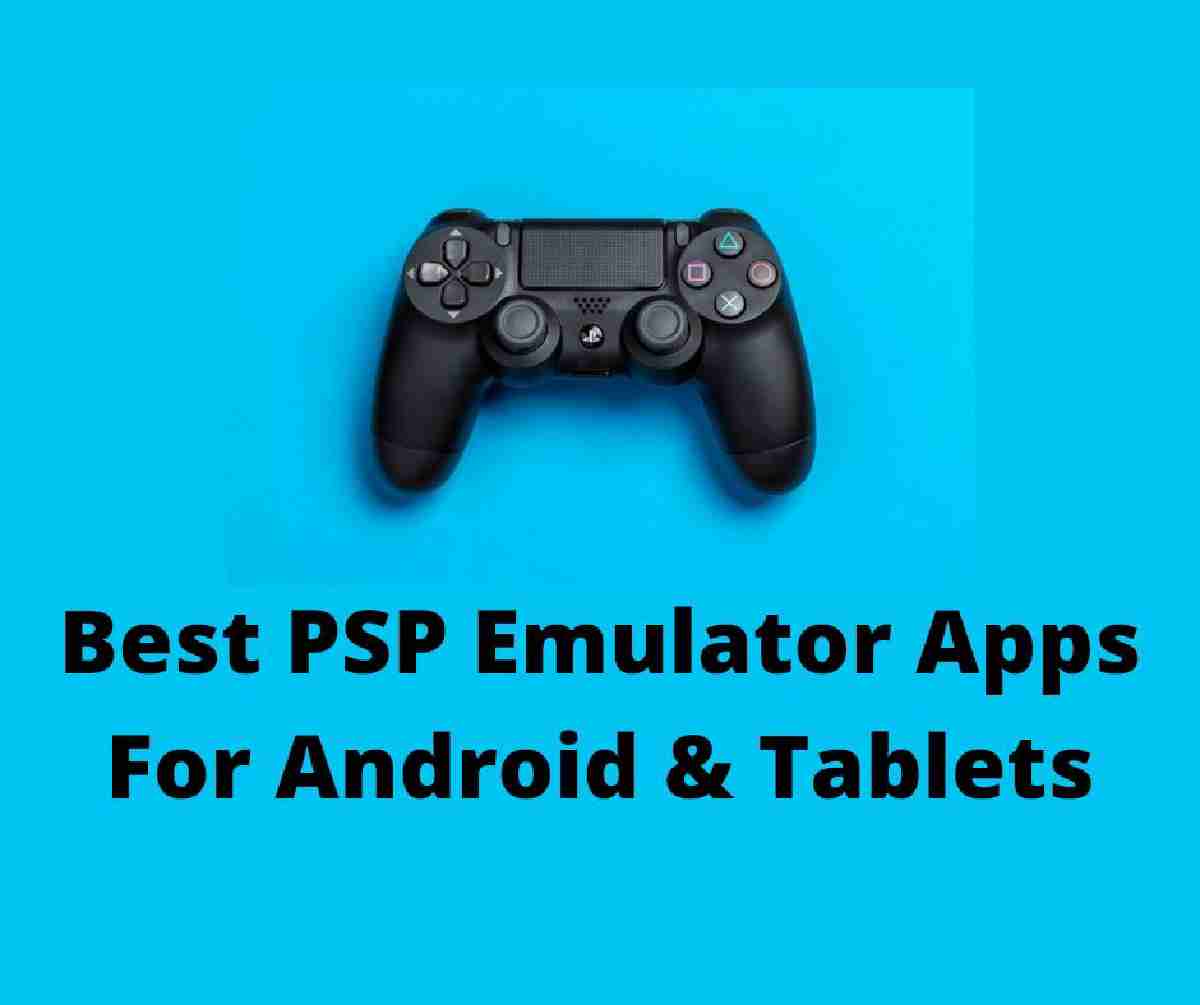 Playstation used to be the only way you can get some quality game time, but that now has changed as there are now several cool PSP Emulator Apps that can be used to play most PS games on your Android or Tablet.

It is understandable why most gamers would want to get their hands or even have a feel of it, the kind of work put into it by developers is almost unbelievable. Developers are more likely to create something better on PSP than they would for App Store such as Google Play Store. Although that has changed lately as fancy games are now made available.

Despite all the glares that Playstation provides, it is unfortunate that not everyone will be able to avoid it. Besides, why taking an extra item when your Smartphone can fit in to do the work?

You can have the money to purchase the Playstation, but it could be more like taking extra baggage when you have got your versatile phone. If you are bothered about that, you can get a PSP emulator on your Android, download the PSP game file, set it, play the game and save some money.

There is no doubt that PPSSPP is the best and most downloaded PSP emulator out there and deserves to be number one in this article. Although, they are listed in no particular order. 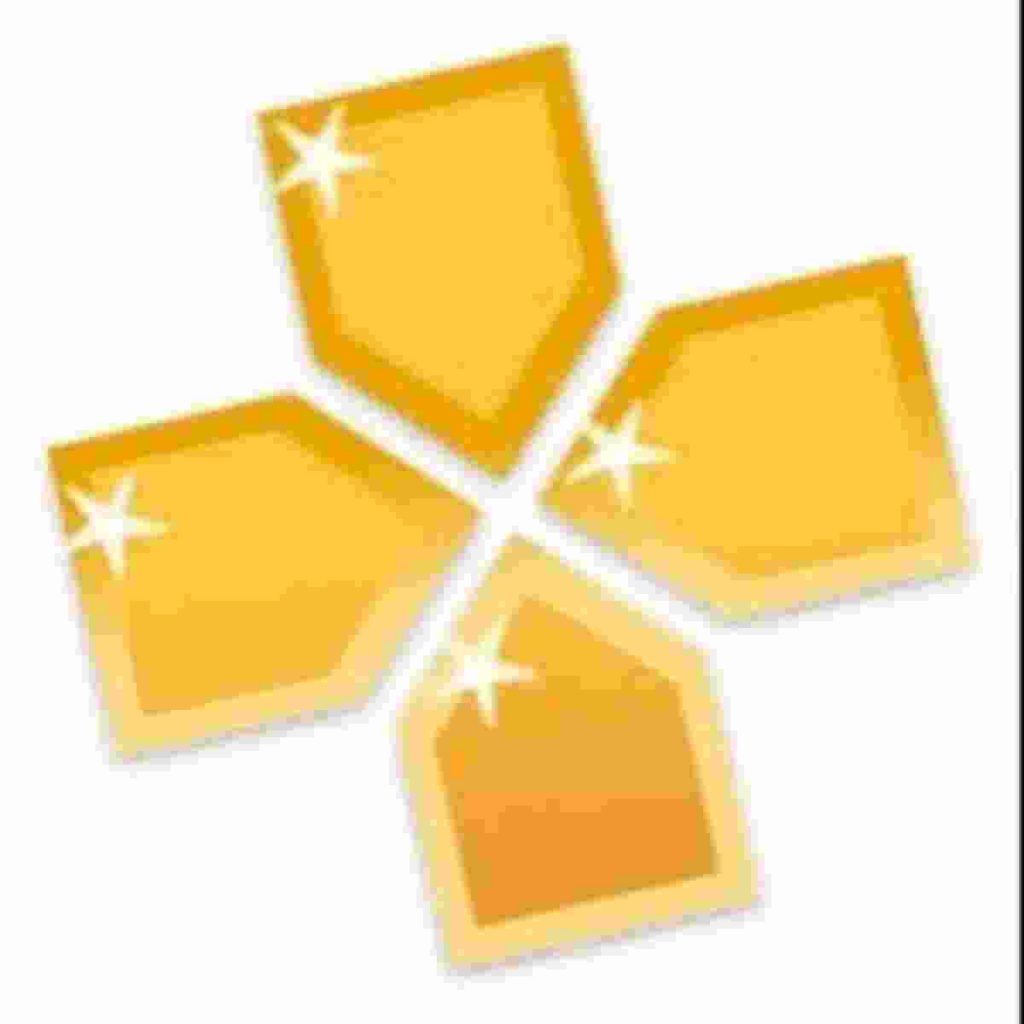 This app comes with several packages such as allowing users to save and even restore their game progress, play on a tablet as well as on android, quickly start from where you left the game by transferring your data from real PSP to the android emulator, and more.

The app could be downloaded for free on the Google play store, however, you will need to deal with ads. To avoid that, you can download the PPSSPP gold version which we made available for free, and start enjoying your favorite PS game.

It is easy to set up and does not take much process before you start playing the PSP games on your Android.

Google Play Store: Download the PPSSPP emulator from the store.

Have you seen any PSP game you want to play and now considering a good alternative to what you are used to? 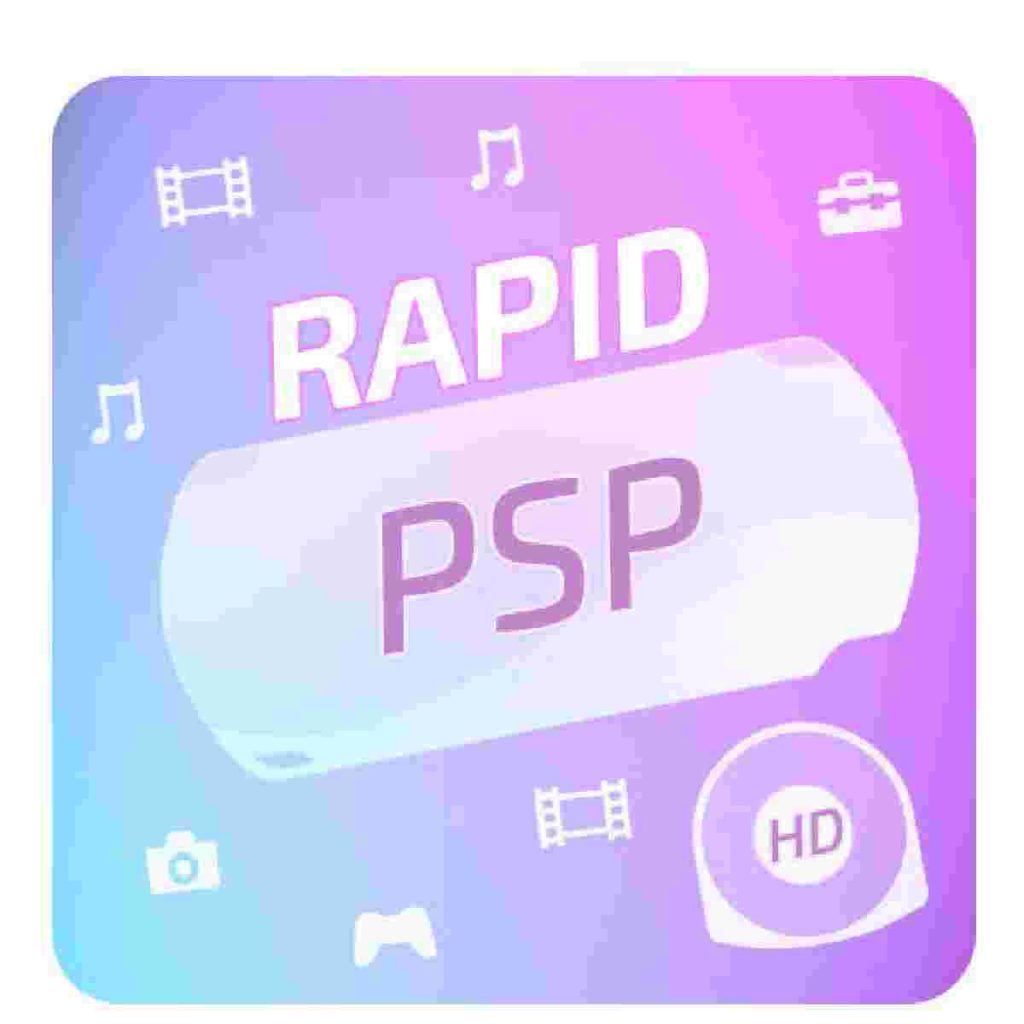 Rapid PSP Emulator would do just fine and is also a great one to run and play your favorite PS2, PS3, and PS4 games on your Android or Tablet without subjecting you to pay for the app.

Besides, it has some great features that most players always look for in Android’s emulators such as great gameplay speed, supports state saving, awesome sound, nice video quality, and more. It is everything you need for most PSP games, but still does not have enough to become number 1, but has done really well in terms of delivering the usual stuff for users.

Emulator PSP for Mobile Pro Version is another choice you should consider as a gamer who is looking to play some Playstation games on Android Tablet or Android mobile phone. 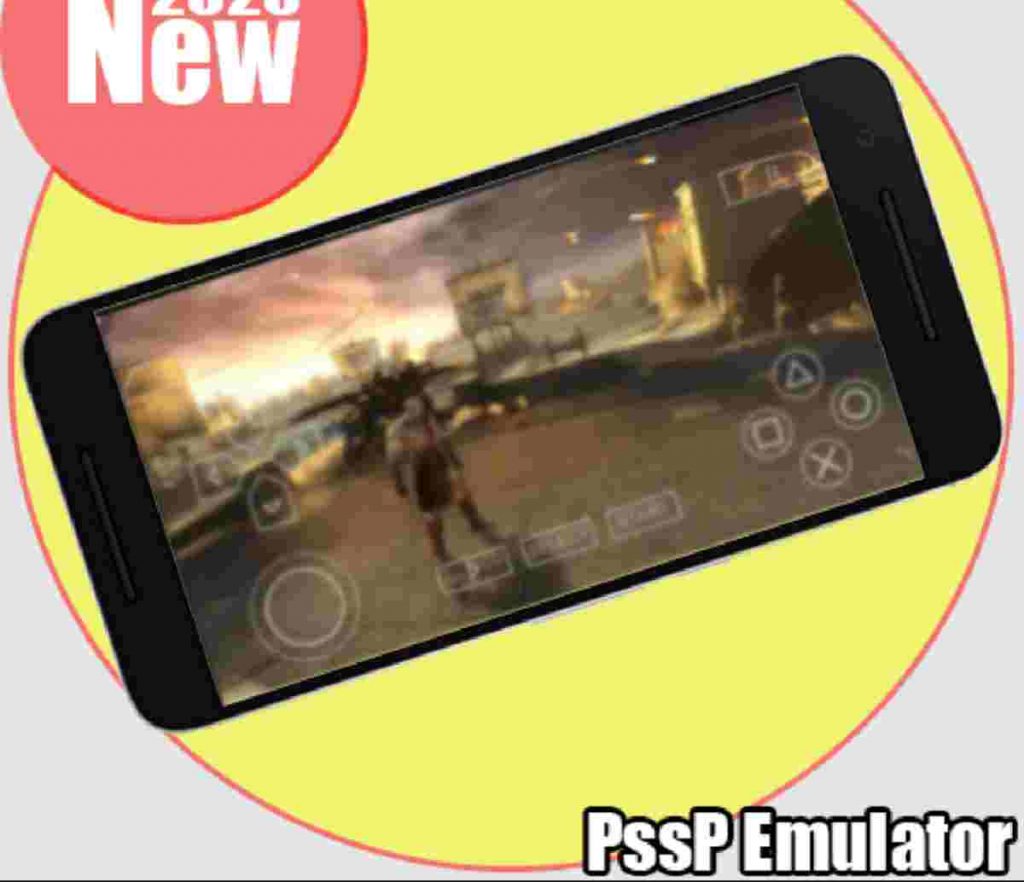 The emulator does not just allow you to play your favorite PSP but helps you get the better of it by improving the quality of the game graphics and increases the game speed. Other features embedded in the Emulator PSP for Mobile Pro Version include conservation of battery, load and save the states, and other stuff to help you gel in easily.

Almost any game can be played as long as they are uploaded in the supported file format such as ISO or CSO. Users will also be able to play free homebrew games online.

Rocket PSP Emulator is truly a rocket and deserves to be on the list of top PSP emulators to play most PSP ISO games and PSP homebrew on your Tablet and Android. 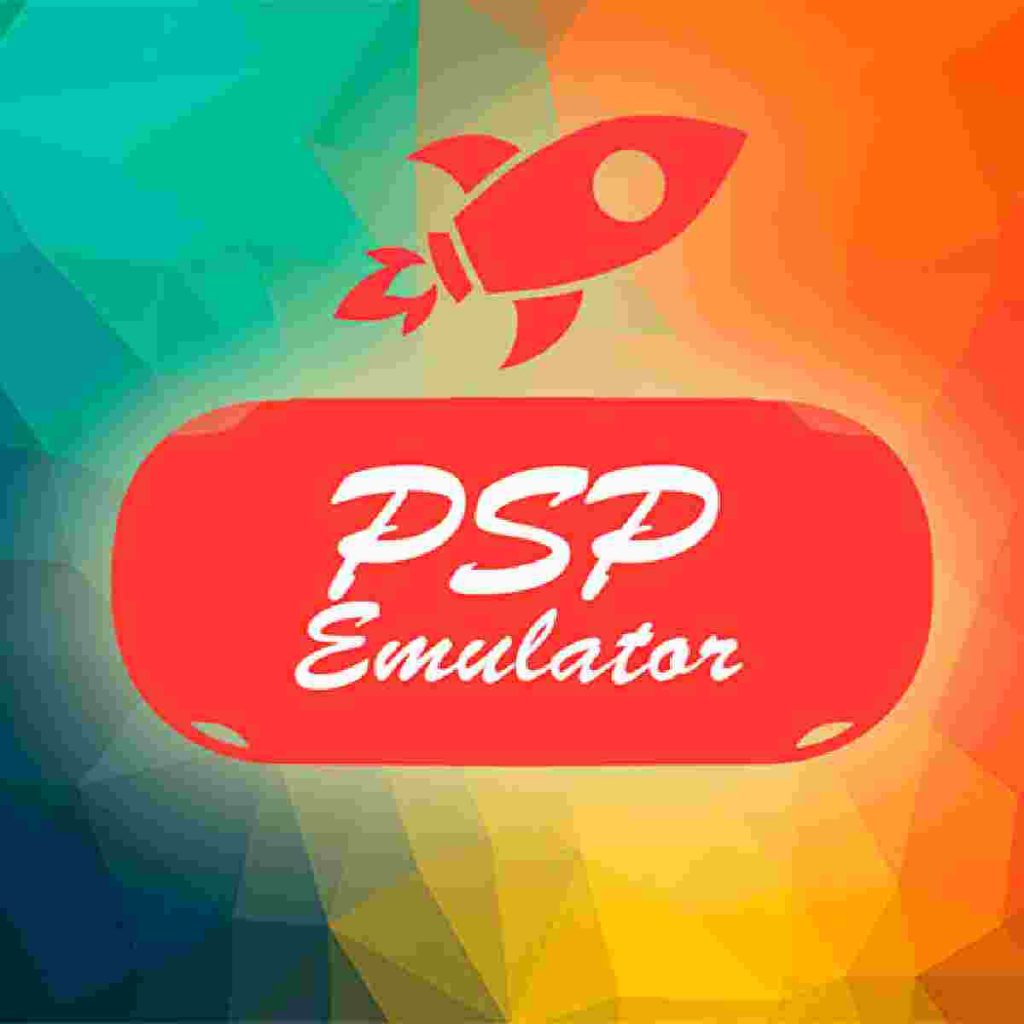 How does it work? It works the same way other emulators work. If you have been able to procure the PSP game file, then Rocket PSP could be used to emulate the games. There are games such as FIFA 14, Need for speed, and Spiderman that could get you entertained, although the choices are simply wide considering how bulky the list is.

However, the developer recommended ISO, as CSO can be a bit slower. If you want a better game experience, this should take priority.

Despite having many great features and benefits such as Fast smooth gameplay, state saving and loading, decent controller, and good support, it is not at the level of PPSSPP. But, it is a very good choice for people who want something different from what they are used to. 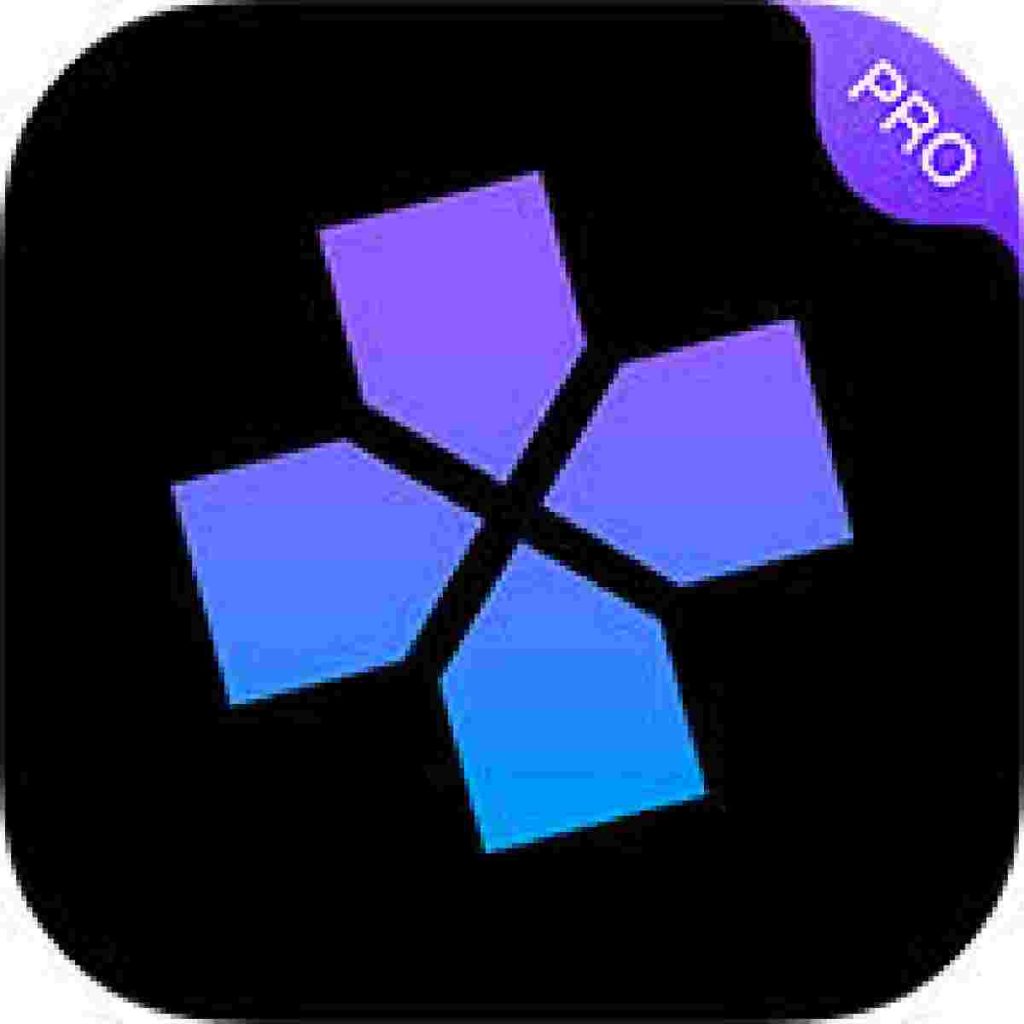 The emulator can run almost any PS2 game and is also a wonderful option if you need something different and regular updates. The developer also provides you with a free and paid app, but the Paid version seems to have more benefits.

For the free version of the app, go to Google Play Store and search for DamonPs2. The one with no price is the free emulator app.

Maybe, you are not okay with your current gaming speed, another emulator that can do a decent job is Sunshine Emulator for Android. The app is known to be effective even at high definition. 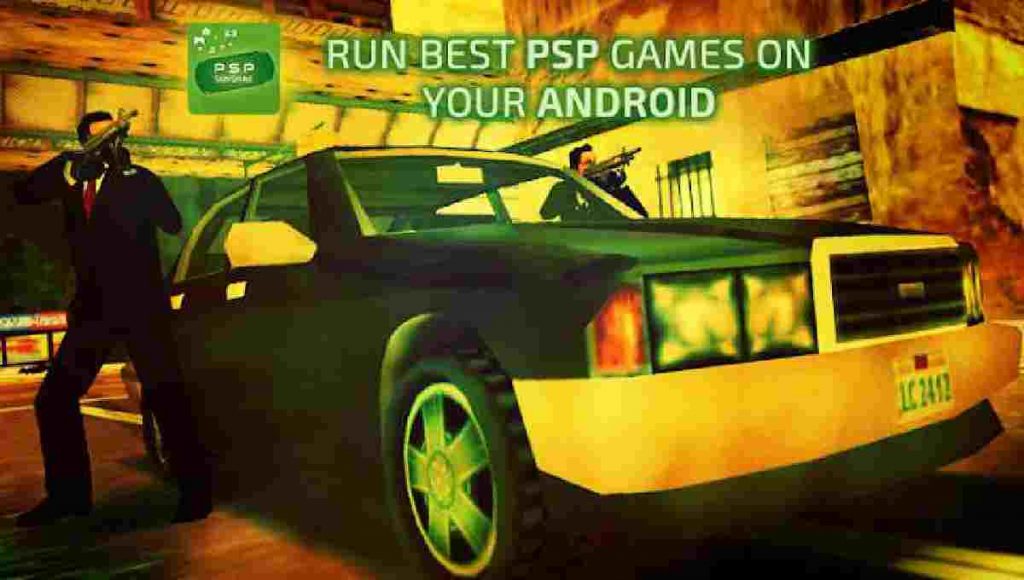 Other notable features and benefits you are going to get are elegant game sound, the ability to save or load game states, a responsive game controller, and easy network gaming.

Whatever mobile device you are using, be it tablet or smartphone, so far they are running on Android, then there is no reason why you can not enjoy the best gaming experience at Full HD.

Golden PSP Emulator is too good not to be on the list, and also comes with no financial obligations despite the array of benefits that users are likely to enjoy. Aside from being able to run PSP Iso and CSO, it also supports Homebrew, but then what is Homebrew? 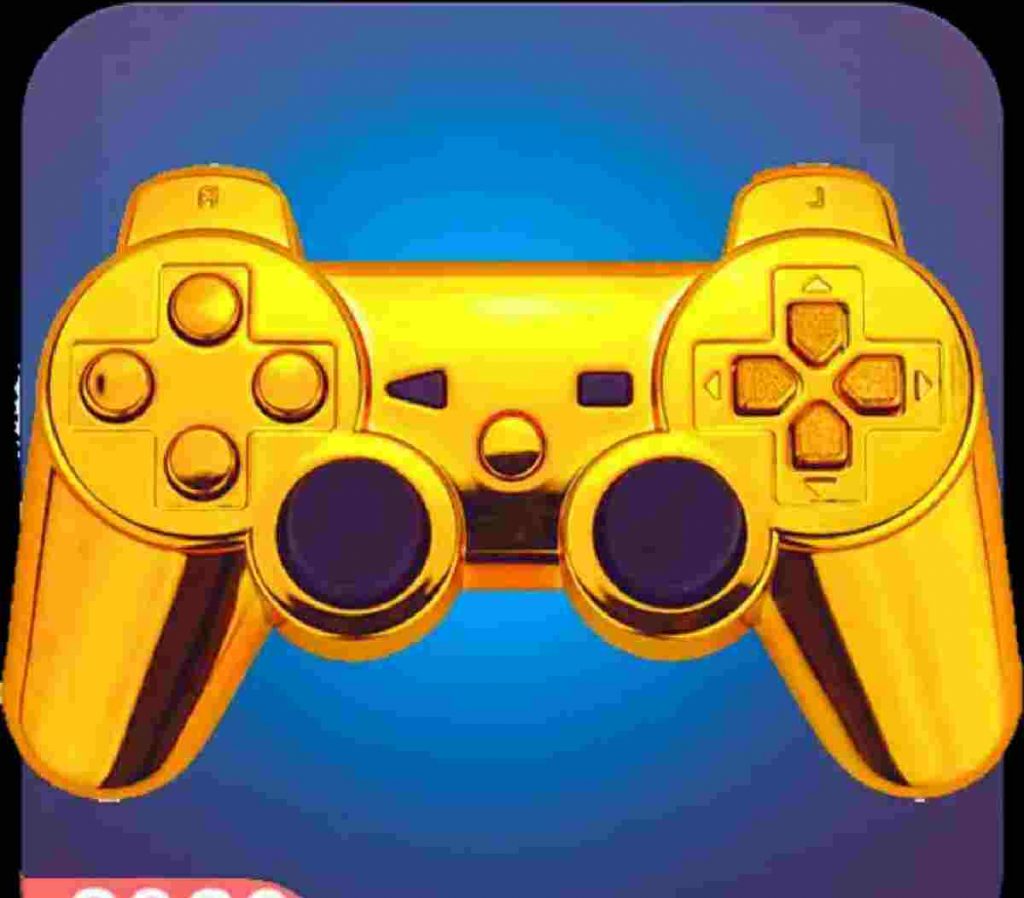 Homebrew is any project developed by fans for fans, rather than developers for business purposes. Homebrew is also legal and can be run on any supported emulator without any legal implication.

Just like other emulators discussed in this article, you are provided with the basic benefits that have been known to give users a wonderful experience. Most importantly, it is also fast and comes with a great controller to make it thrilling for you.

Another Android and Tablet emulator worth downloading and installing on your Android Phone and Tablet is Enjoy Emulator PSP. Using the app, you can use the PSP ISO and ROMs homebrew for a nice gaming time. 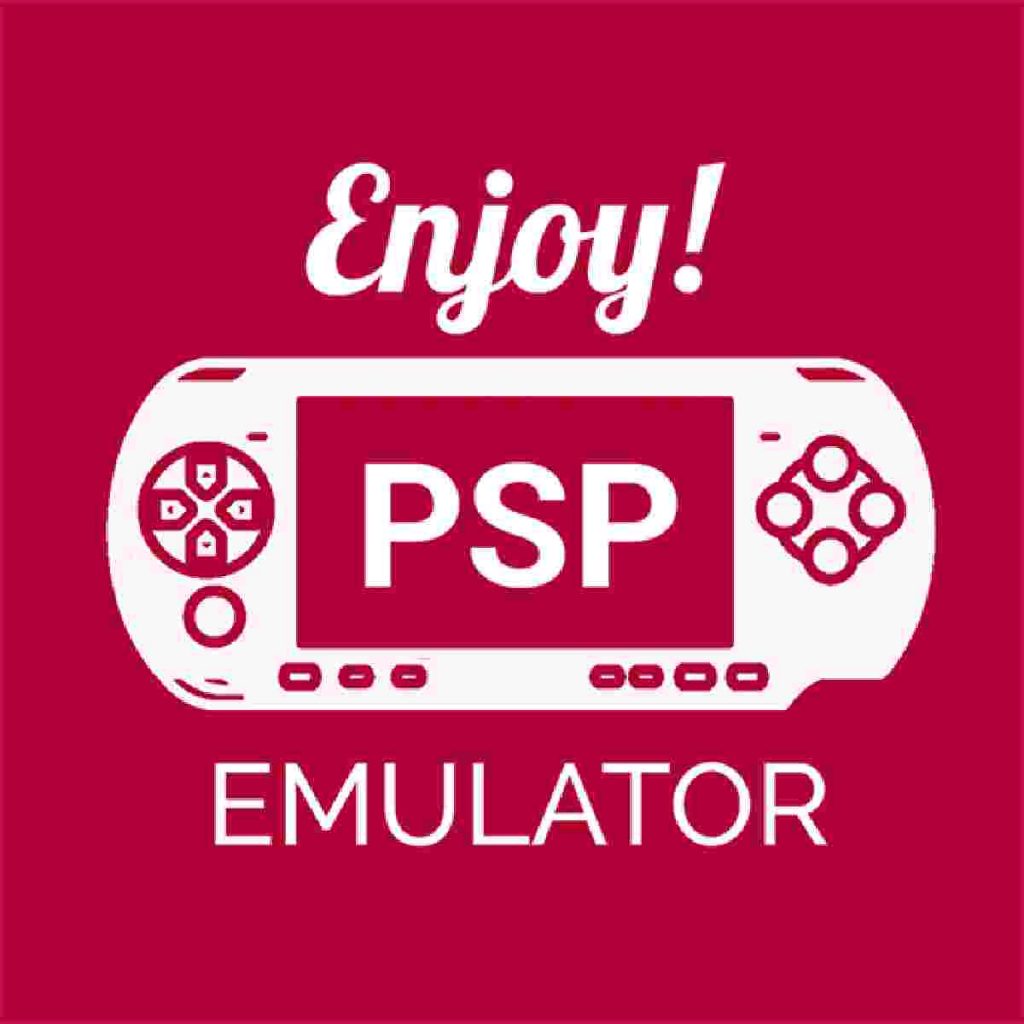 This emulator is packed with great features to help players get the most from their games aside from converting the device into a real PSP Console. Users can run many game files such as ISO, ROMs, CSO, COS, and PPS.

With the many functionalities embedded in the Enjoy Emulator PSP, it should give exactly what you are looking for in an emulator.

FPse is a top paid emulator app to play all your favorite PlayStation PS1 games on your Android Tablet or Smartphone. The app was designed to perform extremely well and fast on most devices and also have them displayed in HD for maximum satisfaction. 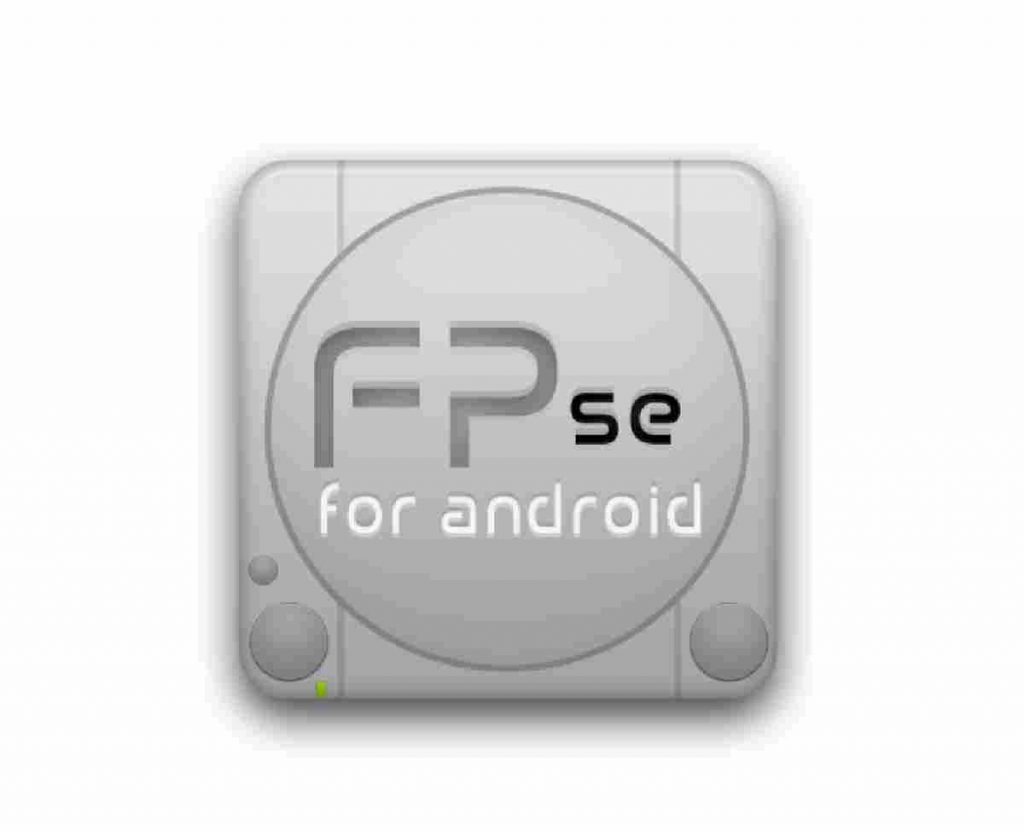 The app size is not huge despite the top-notch performance it tends to display. Also, if you are using a device with small space, this could help you manage your space more than most emulators.

Game progress can also be saved to ensure you can continue from where you left it and then the amazing sounds that users love to hear while at the moment are nothing short of magic.

RetroArch is another top android emulator that you can download and install on your Smartphone and Tablet. The app may not be like the rest of the pack as it works differently. The reason has to do with the fact that it is more of a plugin that is capable of emulating not just Playstation, but many gaming systems. 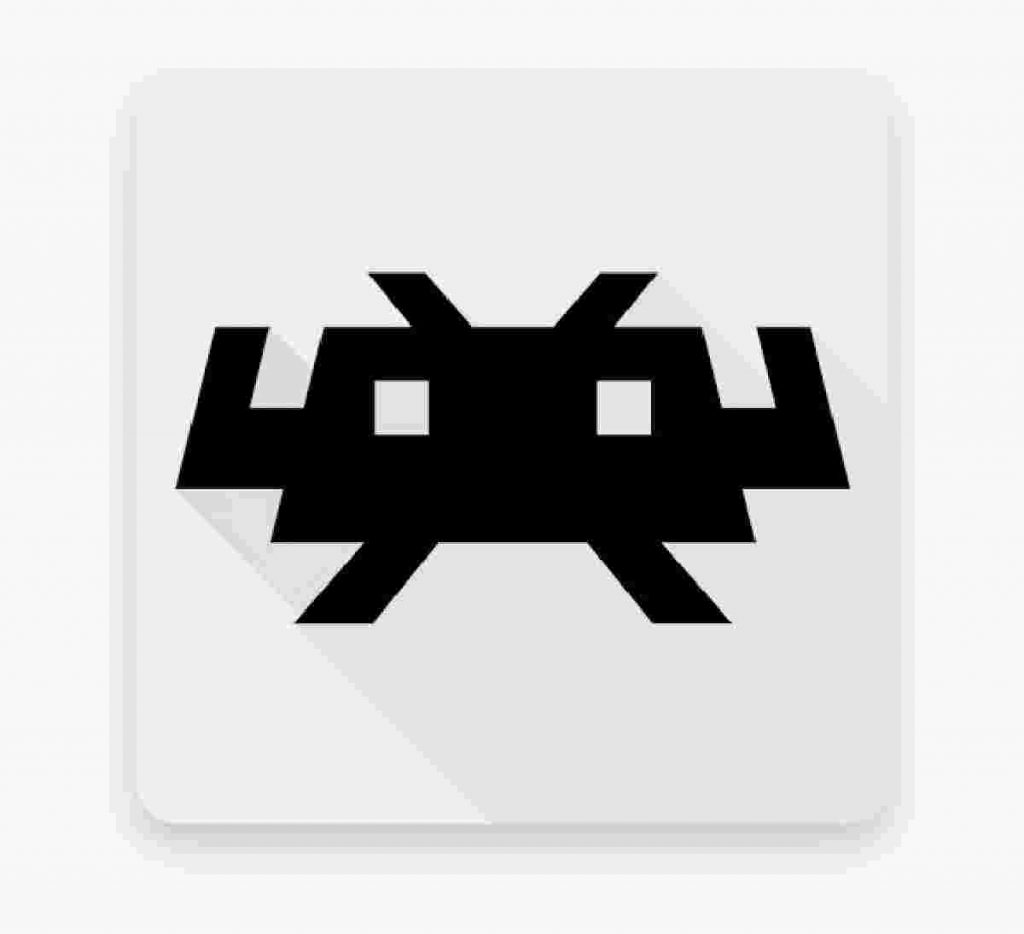 This is an app worth keeping if you are targeting multiple game consoles including PSP, not easy to set but once you have gotten the hang of it, then it could become your favorite for all PSP games.

How to Install and Play PPSSPP Games on Android Emulator 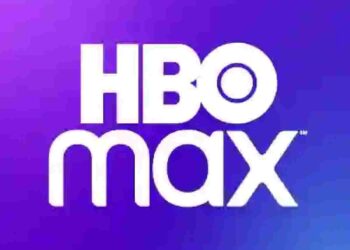 HBO Downloader comes with fast and convenient downloading features. Watch the marvels of every character of the HBO Max show... 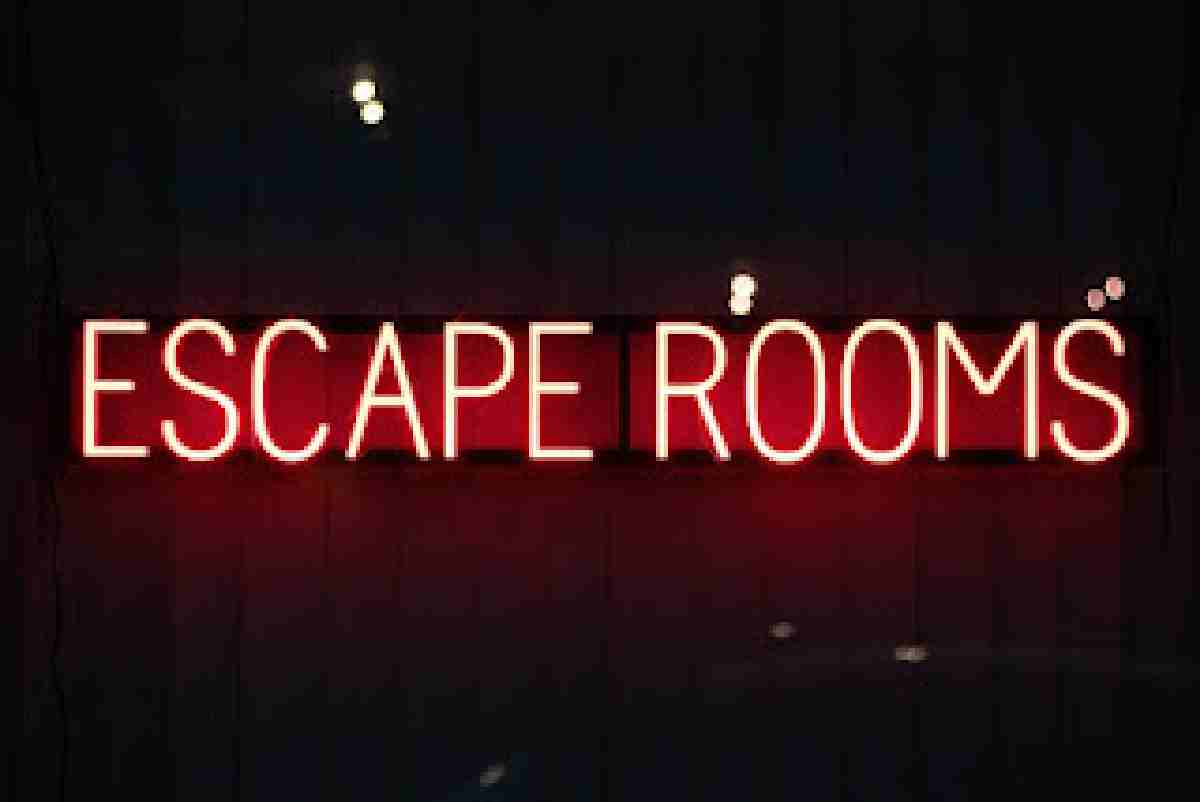 An escape room is an experience that is worth trying out. Due to the pandemic, we haven't been able to... 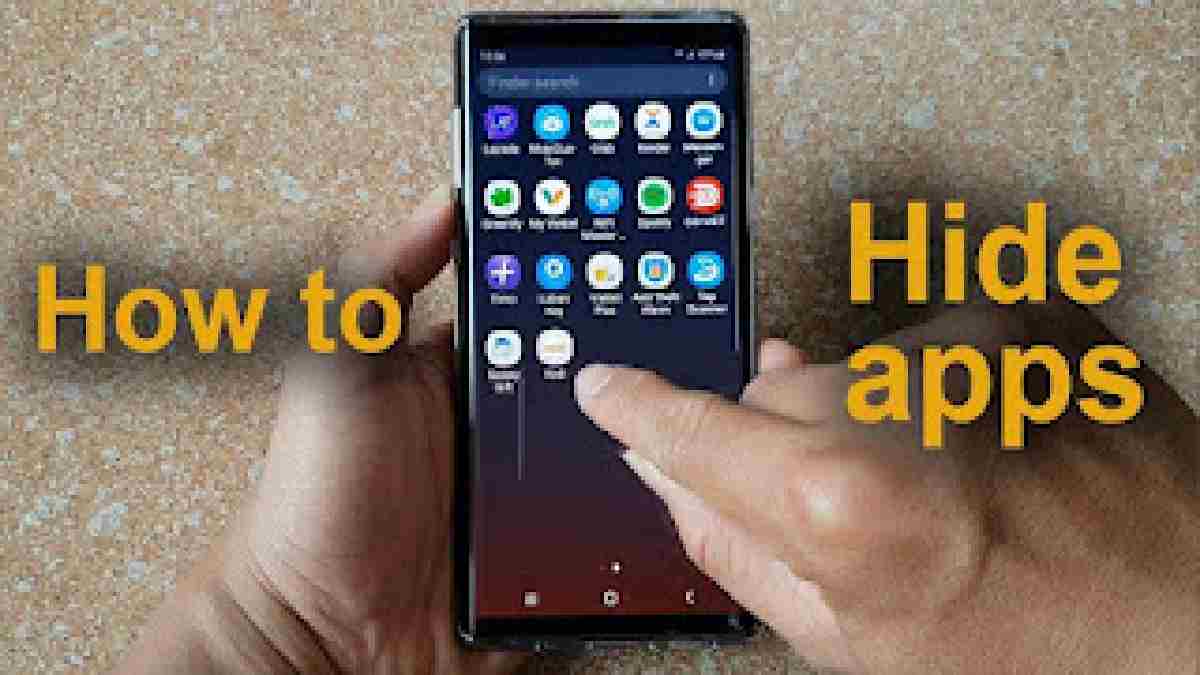 Have you been seeking to know the list of the best apps hiding applications for Android devices? If yes, then... 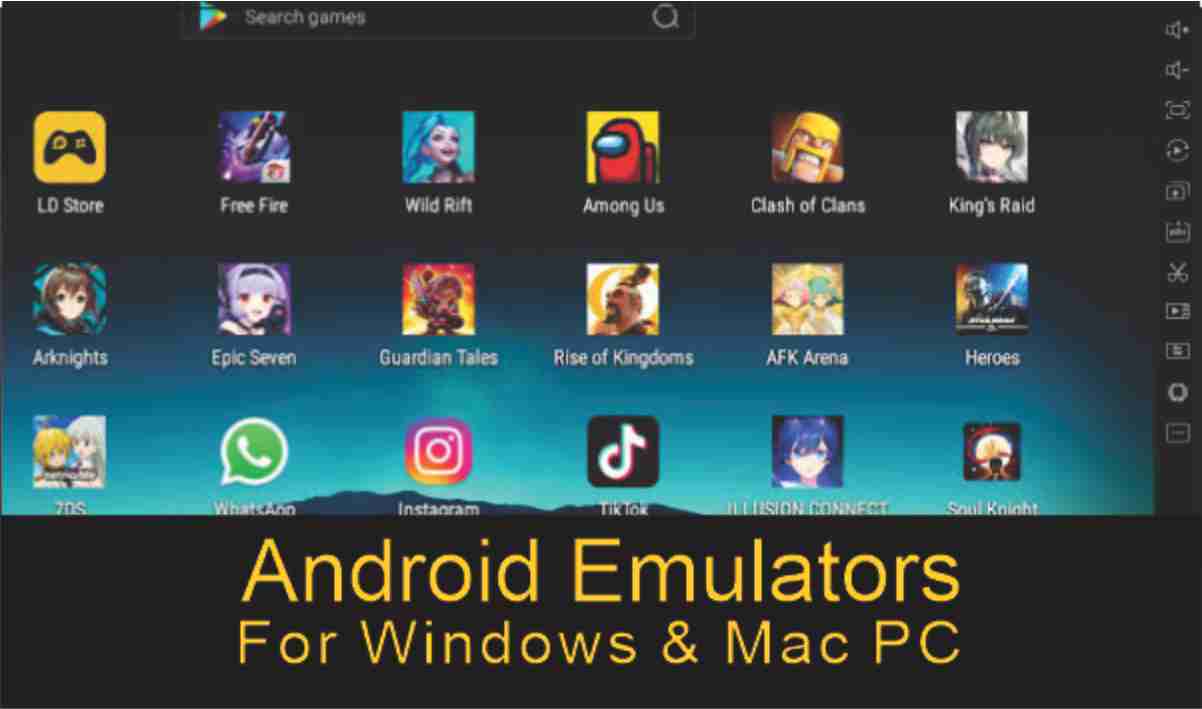 Emulators are software applications that let a computer system function like another. If you run Android emulators on Windows or...