In this post, you can get showbox for android downloaded into your smartphone by following my tips.

Add to that, iphone users will also get a step by step on how to install the app.

Maybe like me, the first time you heard about Showbox app was through a friend. You used it a few times and you got in love with the app because it does what it says it does.

Before I get into details, let me give you a brief description of Showbox app.
You have heard about Netflix, the most popular streaming service that allows you to have access to movies, tv shows and documentaries.

Now that I have mentioned Netflix, you begin to ask yourself if it is also similar to HBO. I will say it is similar but few exceptions anyway. All they all have in common is that they allow you to stream videos.

What you should know about Showbox?

Showbox is one of the most popular apps when videos or TV shows seem to be the point. It allows users to stream video contents on their devices. Such devices could be PC, Android phones and iPhones.

The app also supports watching offline by allowing you to download contents into your device when you switch for watching later.

Yes, I mentioned showbox as android apps and you are probably thinking it should be on google playstore. You headed there only to discover it can’t be found.

Well the truth is that, It is not on playstore due to some issues. Unlike Netflix which seem to have many support because they are not breaking any law, such is not the case for showbox.

Let us try not to mince words, showbox is totally an illegal app. Such will be the claim when you are not granted permission to share contents.

Just because majority are using showbox does not mean it is legal. They break law by streaming contents with no rights to them.

You can now understand why showbox and its likes are not on google playstore but shared by third parties.
To have it installed in your phone, you must have to pass through the backdoor, which will be shared later on this post.

On whether showbox is safe, it is pretty safe to use if you download from third party site which has a reputation of only uploading malware free apps.
Downloading an unsafe showbox app could expose your phone to virus attacks.

I would have suggest you use the paid streaming services for video if you do not want to be exposed to risk.

Another thing to consider is that there is no guarantee that showbox will be up and running for a long time. There have been constant battle between these content creators and showbox.
A reported lawsuits were filed by the producers claiming they had to spend millions for production only for another to take advantage.

Showbox for now are distributed by third parties but the question is till when? Although there seem to be ways by which their actions can be stopped yet, showbox remains one of those few apps with top quality videos and tv shows.

If you are looking to download the android version of this app, here are links made available by third parties. The apps are safe and free to download any time.

Download the app by clicking on any of the links below –

You probably have heard that showbox is totally an Android app and there is no way about it, which is through but we have found a way for you to install showbox into your iphone and ipad. 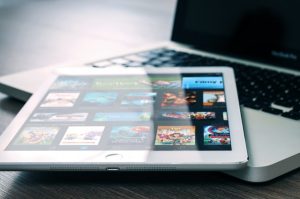 Open your browser and type www.tutuapp.vip

On the page that was opened, click on install now to download the third party app that allows you run a 3rd party software.

After installation, you may get a warning message that says, ” Untrusted software developer.”
Go to settings > General > Profile & Device Management > Enterprise App > Trust.

Open tutuapp and search for showbox or movie box pro. Click on the app to install it. Repeat Step 3 to grant access to the app

Important Notice: “Know that GistFocus or its publishers shall not be held responsible for any damage or abuse that may occur during the use of this software.”

You may also read: