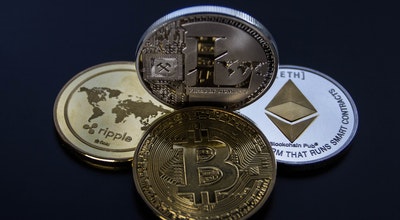 There are so many restrictions on financial institutions, that are unavoidable because of the system put in place to ensure customers follow norms. Still, this can be avoided with Cryptocurrency.

Cryptocurrency is a digital currency that is secured by mathematics and cryptography, which makes it very difficult to manipulate and also immune from control by a central body or any government legislation.

For instance, in the USA, or any other country in the world, the issuance and distribution of money have the hands of the US government and authorities that regulate it. If you want to send money to a friend or family, you will be relying on them to process it.

Cryptocurrency, like bitcoin, on the other hand, does not need any interference and intervention from any government or financial institutions. The transactions are handled by a computer that makes use of the blockchain.

If you have been using the financial institutions for a while, you should by now be familiar with their modus operandi and various laws. This makes it difficult at times to carry out multiple banking transactions, but with cryptocurrency, you are on a different level.

Cryptocurrency operates on blockchain technology that stores data in a decentralized ledger. This is a system with several databases that can house different blocks. Typically, it is often challenging to alter or manipulate because of the nature of the system.

The system is designed to bar an individual or group from gaining control; therefore, no country, individual, group or financial institutions have access to it because there have been stricter measures to keep people out. However, protocols can be updated, and before it can be done, there must be an agreement.

Bitcoin is just the pacesetter, more cryptocurrencies have now been introduced, giving users several options. There are currently over a thousand cryptocurrencies in the world, but the most popular ones are bitcoin, ethereum, binance coin, bitcoin cash, litecoin, and ripple.

Nevertheless, we will provide you with the top 100 cryptocurrencies, and also look extensively at what cryptocurrency is all about.

It is easy to get your head turned by cryptocurrency websites like Luno and coinbase, but they have done enough to ensure that users know exactly what they are getting into.

There are several cryptocurrencies exchanges and services in the world at the moment. It is essential to evaluate them before committing your money carefully. You could lose your money if you are not familiar with various risks and security measures that are needed to be put in place.

However, cryptocurrency is very safe and bears no hiccups, but you could lose all your money if you use an untrusted platform. Cryptocurrency exchange sites like Luno and coinbase have built a reputation over the years, and you do not expect that to change suddenly.

Before getting into the game, you should take a look at the below points –

However, you can always count on reputable sites like luno to keep your digital currency safe. The most important work is on you though; never share your login details or expose your account.

Financial institutions and states are always finding ways to undervalue cryptocurrency because it threatens their revenue.

You should cover your ears to what is being said about cryptocurrency. It is legal to deal with virtual currencies, although there are countries that have partially prohibited it.

If you live in a country that puts a dent on it, you will need to go through the legal status as it varies from country to state. Still, no government, bodies, or central authority in the world will openly support cryptocurrency, but what they can deny is that it is even secure and better than what they offer.

TOP 10 CRYPTOCURRENCY AND ITS MARKET CAPITALIZATION 2020

Bitcoin, being the first-ever cryptocurrency, was launched in 2009 and is no doubt the most known and used cryptos. It is a virtual currency created by computers that you can send to people, and people can also send to you.

Every transaction is stored in a decentralized and distributed ledger called Blockchain. However, bitcoin is not officially known to be a legal tender, but there are now companies that now take bitcoin as a form of payment.

Bitcoin market capitalization now stands at over $170B.

Another reliable option is ethereum, which was released on 30 July 2015. The cryptocurrency is growing at a steady pace; there are speculations that ethereum might overtake bitcoin, which is fairly judged based on its market cap of about $22b as of 2020.

Bear it in mind that this is not happening anytime soon, but one could consider it as a worthy project which might materialize in the future.

Another cryptocurrency you need to take a closer look at is Ripple. The cryptocurrency is a virtual asset built for payment and can also be sent without the need for a central authority.

Ripple (XRP) came into being in 2012 and has already achieved so much, even in a short space of time. The cryptocurrency is unique in the sense that it is the only investment with products in commercial use. Ripple market cap as of 2020 is about $8.94B

Tether USDT is a type of cryptocurrency that is initially released to back the US dollar, giving people another option to meet payment obligations. This allows traders to meet their payment due via crypto trading with a rate equivalent to one united states dollar.

As of March 2019, policies were reviewed by Tether Limited to give loan support to affiliate enterprises. The market capitalization of Tether USDT is now $8.76B.

Bitcoin Cash could be said to be an idea that materialized because of Bitcoin. Trading under Bitcoin always takes much time to complete unless a service fee is paid which is not fair for small transactions.

In August 2017, a decision was made, and we had the birth of Bitcoin cash. It was forked out of bitcoin to revamp some protocols. With bitcoin cash, you will be able to save enough due to low service fees, plus it is faster than bitcoin. All these are possible because the BCH block is bigger than the BTC Block.

However, bitcoin cash is still number 5 but could be dominant in the long run because it has been able to solve the misery behind scaling issues common with Bitcoin. The bitcoin market cap is $4.35 billion.

Litecoin is one of the most traded crypto instruments and also deserves a space in our top 10. Although, it does not have the elegance of Bitcoin, but traders often say it is faster and efficient than bitcoin.

Bitcoin might be the face of cryptocurrency by being the first and most used instrument, but Litecoin also has our hearts. There have been widespread reports that there is no way that Litecoin will lose relevance anytime soon, which makes it an excellent prospect for investors. Litecoin market capitalization is currently at $2.80B.

Cryptocurrency interest continues to rise as in early 2020, and traders are always going to invest in cryptocurrencies that people are most interested in. Unfortunately, Binance coin may not be one of the popular choices, but the future is bright as it continues to gain relevance in the already saturated market.

Many companies and crypto exchanges are still joining the fold; it is just a matter of time before it is paired among the already established cryptocurrencies. Binance coin operated on one of the most secure platforms and was also argued to have the biggest cryptocurrency exchange.

Binance coin market cap at the moment is at $2.38B.

In its way, Montero MXR has got some bragging rights, having been one of the cryptocurrencies that stand out for its privacy. It came into existence in 2014 to become a store of value and medium of exchange. Regardless, it is still not close to the level of bitcoin.

It is faster than bitcoin and also operates on Blockchain technology. Therefore, monero will be able to process more transactions than what is obtainable on bitcoin.

People might start wondering while bitcoin is always the yardstick. It’s due to the reason that it was the first cryptocurrency in the world and also considered the safest; however, it is considered slower than most cryptocurrencies. The market cap is $1.11B.

Stellar makes it possible to trade virtual representatives of all forms of money, including bitcoin and US dollar, by using a decentralized network operating on multiple servers, instead of a single central server.

Of all the benefits that come with Stellar, the most notable one is that data is not passing through one place but several places, which makes it very difficult to be tracked. It is set up so that any forms of financial payment obligations can be carried out on a single network.

When using a Stellar Lumen, the money will be displayed as credit, and once someone pays in, the credit will be issued in their account tagged XLM or Lumen. The account can then be called a digital wallet; issued credit will be able to be sent or received by the parties on the network.

The market is getting bigger with lots of cryptocurrencies now coming into the game, and among them is Cardano Ada.

Cardano ensures you go entirely anonymous when you want to receive or send ADA, which could make it almost impossible for people to track you. This platform has been using for several vices such as tax evasion and money laundering.

However, apart from maintaining perfect anonymity, users will also enjoy instant transactions even when several people are using the blockchain. Cardano ADA market cap as of 2020 is $1.57B.

Click credit UBA: Get up to N5 million loan with no...

All You Should Know About Minecraft Game