The PlayStation Portable or PSP is arguably the best hand-held game that ever made it to the gaming market. While performance in sales can tell enough, we can’t help but also defend its greatness by looking at the number of emulators that were developed so that it can be played on other smart devices.

With over 50,000 titles, the PPSSPP/PSP is undisputedly the most-played handheld console to date. Even though the downside is that a single retail outlet or online platform can’t store all the games for players who want to download, there are quite a number of websites that if combined together, you can have access to pretty much every title ever released for the console.

There are quite a number of sites that allow PPSSPP/PSP games for free – in this article, we’re focused on highlighting ten with the most game titles and can serve the most useful for your hunt for game files.

When mentioning a list of websites to download PSP games, there’s no argument if Emuparadise gets to take the first spot – the online platform has pretty much every game you can think about for your emulators, and dedicated consoles as well. It’s no wonder these guys pitch themselves as the biggest retro gaming website on earth.

The website hosts a robust collection of PSP ISO games, ROMs, emulators & emulator games, PS2 games, gaming music, recorded video game shows, and much more. While the contents within the websites give it its best highlights, we can’t help but also acknowledge the proper arrangement of files with both categorical and alphabetical orders.

In the second position is a website that primarily offers downloads of the most popular PSP games. While this may be a downside for some, it’s a huge plus for most because aside from less is more, you get to know exactly the kinds of games that are trending and get to try them out as well

More so, tying out the most popular games reduces your risk of downloading a game with many bugs– assuming you didn’t have a particular game in mind to download. The interface is quite decent, not only do you get to see thumbnails of games you can click on, there’s a default sorted page that shows the Most Downloaded ROMs and Emulators, keeping you in touch with what’s going on in the gaming community.

Freeroms is what you would call a true library for gamers. In recent years, consistent uploads have put it up there among the best sites to download PSP games and emulators. Just like Emuparadise and other robust websites on the list, it also offers downloads of SNES ROMES, GBA ROMs, N64 ROMs, and PSX ROMs

Another key factor that pushes Freeroms up this list is the neat arrangement of categories, which is further broken into an alphabetical arrangement of files. Also, all arrangements are done based on game developers, making it super easy to spot the exact game you’re looking for.

If ever there’s a better alternative to Emuparadise, it’s going to be CoolRom. Aside from a large number of downloadable game files, there is also a blog/forum section where gamers can socialize with each other, sharing their thoughts on a particular game and discussing game-related topics in general. It’s also a great way to have the crowd’s opinion on the performance of a game before getting it installed.

In addition, the entire website is available in multiple languages which further increases its personalization possibilities for the users.

NicoBlog is a website that’s dedicated to hosting PSP and PSVita games. Although it was offering larger categories a few years back, the owner had to take them down due to legal complaints from the gaming companies. Nonetheless, it’s a great online resource to search for popular PlayStation games. More so, it hosts tutorial articles on how to download PSP emulators and games, and how to get them working on your devices.

Portalroms makes it to the sixth spot as one of the most diversified websites for downloading PSP games. Aside from PS games, the website also hosts 3DS, WII, WIIU, GAMECUBE, PA2, PS1, DREAMCAST, NDS, GBA, N64, SNES, MEGA DRIVE, and ARCADE categories.
Perhaps the best highlight of this website is that it’s offered in three languages – English, Spanish, and Portuguese, making it a great option for some non-English natives. Despite having some of the files on torrents, the organization of the website before getting to the download area is top-notch.

Consoleroms are arguably the next best thing to a ROM search engine which is listed in the fifth position. With a classic search engine interface, it’s almost impossible to miss a file you want to download. More so, the website shows templates, giving you a visual idea of what the in-game experience may look like. It hosts a decent amount of the most played and popular games across categories like PSP, PSVita, and even PC (modded and non-modded) games.

Its greatest highlight is hosting multiple versions of the same game so that gamers don’t have limitations on the region or file size when trying to download a game.

On the eighth position comes Downloadgamepsp, a website that pitches itself as a place to download “All PSP GAMES.” Despite having a slightly more complicated interface than most on the list, the site uploads most of its files to Google drive making it a lot easier for you to gain access whenever you need.
Another intriguing thing is that stuff is categorized by genre/game types, instead of the traditional platforms or by the developer.

Loveroms is also another awesome tool to find PSP games, especially if you prefer using websites with simplistic interfaces. They also have PSX, PS2, N64, NDS, SNES, NES, and GENESIS ROMs which is great if you’re thinking of something else aside from PSP games. Also, there’s an entire section dedicated to BIOS files.

Being one of the most organized websites on the list, it’s almost a crime to have it coming in the last position. Despite offering a wide array of files like PSP ROMs, PS3 ROMs, PS2, and GBX, the neat interface makes it streamlines everything such that new visitors never get confused about how to navigate.

Another plus side to using this site is the availability of thumbnails and ratings by stars to give a downloader a little insight into what to expect they click the button.

While all the websites on the list will allow you to download PPSSPP/PSP games for free, some (especially the ones without ads) may have an area for you to donate and support the project to make the files available in the future. There are not a lot of authentic platforms to download ROMs these days, when you see one, it’s great if you can support its mission. 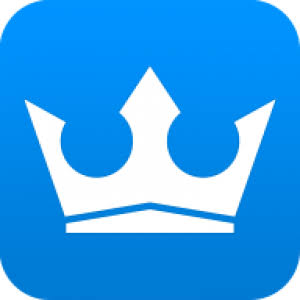